CAIRO, March 19 (Xinhua) -- The Egyptian economy is expected to grow by 6 percent in the fiscal year 2021-2022, and the real GDP will grow by 3 percent during the current fiscal year, the Ministry of Planning and Economic Development said on Friday in a statement. 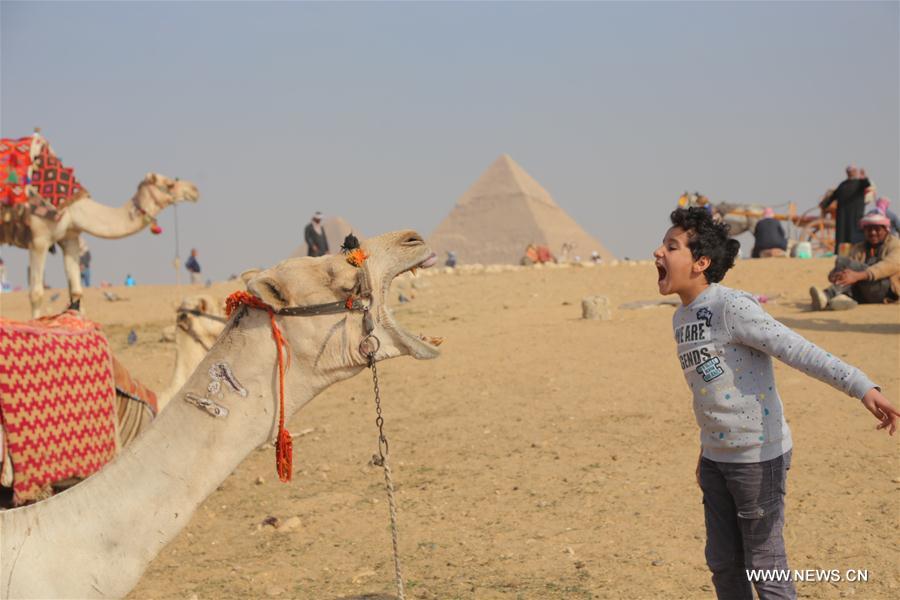 An Egyptian boy plays with a camel near the Pyramids of Giza on the outskirts of Cairo, Egypt, on Jan. 20, 2018. (File Photo: Xinhua)

The fiscal year in Egypt starts in July.

Citing a report published by the credit rating agency Fitch, the ministry said "the recovery of tourism in Egypt and revenues of the Suez Canal will lead to an increase in economic growth up to 6 percent in the fiscal year 2021-2022."

The report added that inflation in Egypt has continued to decline, and is expected to reach an average of 5 percent during the current fiscal year.

Fitch's report explained that the financial and economic reforms undertaken by the Egyptian government have boosted Egypt's classification and future prospects.

"Egypt's possession of a large economy enabled the government to maintain stability and resilience during the COVID-19 crisis," it added.

Meanwhile, the ministry's statement stated that the African Development Bank forecasted the Egyptian economy to "grow by 3 percent during 2021."

The bank highlighted that the Egyptian economy achieved growth estimated at 5.6 percent in 2020 which is lower than what was achieved in 2019, but did not enter a recession thanks to high domestic consumption.

The bank, according to the ministry's statement, added that economic reform has mitigated the financial shock of the coronavirus pandemic on the Egyptian economy and helped maintain good economic rates in 2020.