Elon Musk buys 1,255 ventilators from China to ship to LA 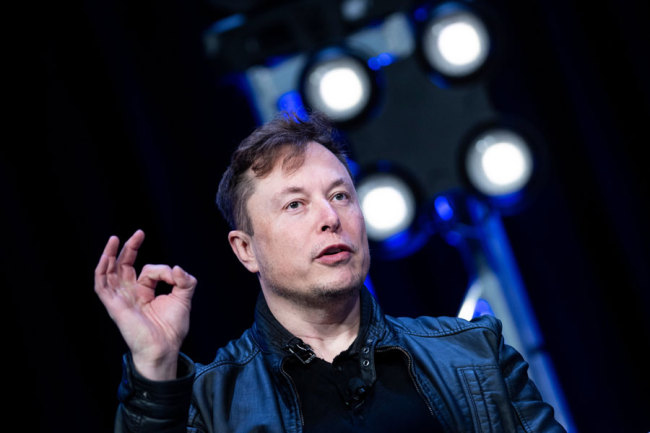 Elon Musk speaks during the Satellite 2020 at the Washington Convention Center on March 9, 2020, in Washington, DC. (Photo: AFP)

Musk tweeted his companies would "make ventilators if there is a shortage" and was approached by New York City mayor Bill de Blasio on Twitter who said "New York City is buying! Our country is facing a drastic shortage and we need ventilators ASAP — we will need thousands in this city over the next few weeks."

"We're getting them as fast as we can but we could use your help! We're reaching out to you directly," de Blasio tweeted.

Musk replied by saying while ventilators are not difficult to make, they "cannot be produced instantly."

The billionaire entrepreneur announced on Tuesday that he acquired 1,255 FDA-approved ventilators from China and had them "airshipped to LA."

Musk also thanked the Tesla China team and Chinese Customs for acting so swiftly in providing the supplies.

California Governor Gavin Newsom on Tuesday said the state would receive 1,000 ventilators from Tesla as the United States braces to deal with an influx of patients infected by the coronavirus.

US President Donald Trump tweeted on Sunday that he gave Ford, General Motors and Tesla the green light to produce ventilators. The carmakers have not given a timeframe for the production.