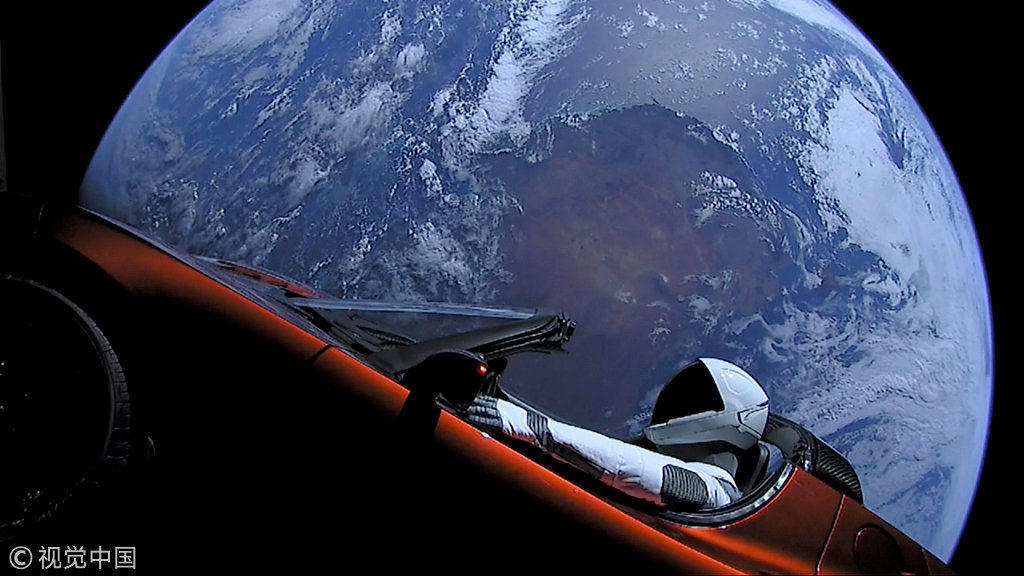 A cherry red Tesla Roadster automobile floats through space after it was carried there by SpaceX's Falcon Heavy in this image obtained by on February 9, 2018. (Photo: VCG)

Tesla chief Elon Musk confirmed on Twitter that a future edition of its Roadster will be able to hover above ground using thrusters developed by SpaceX, Musk's space launch company.

On Wednesday Musk responded to a Twitter follower's post with a levitating car GIF, saying "The new Roadster will actually do something like this." The GIF was a DeLorean of the type that became a time machine in the classic 1980s movie series "Back to the Future".

The CEO also responded to technology-focused video producer Marques Browniee, confirming that he wasn't joking. He said that the car will become airborne thanks to a SpaceX cold gas thruster system that will take the place of the two rear seats. 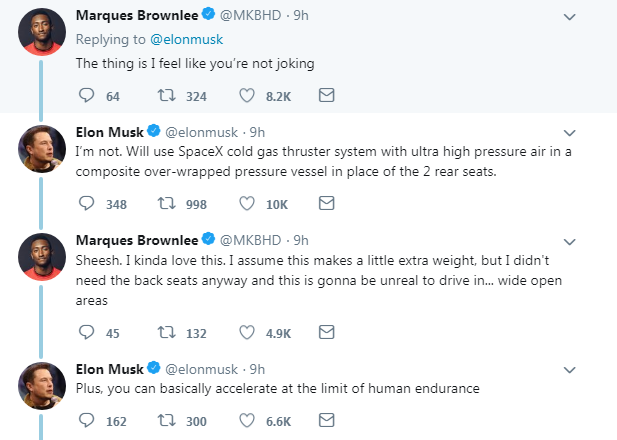 Musk's goal is to make the Tesla Roadster the fastest all-electric sports car on the market. He plans to put the vehicle into full-scale mass production by 2020. Musk said the Roadster could be even faster in the future and that "the next gen Roadster special upgrade package may enable it to fly short hops".