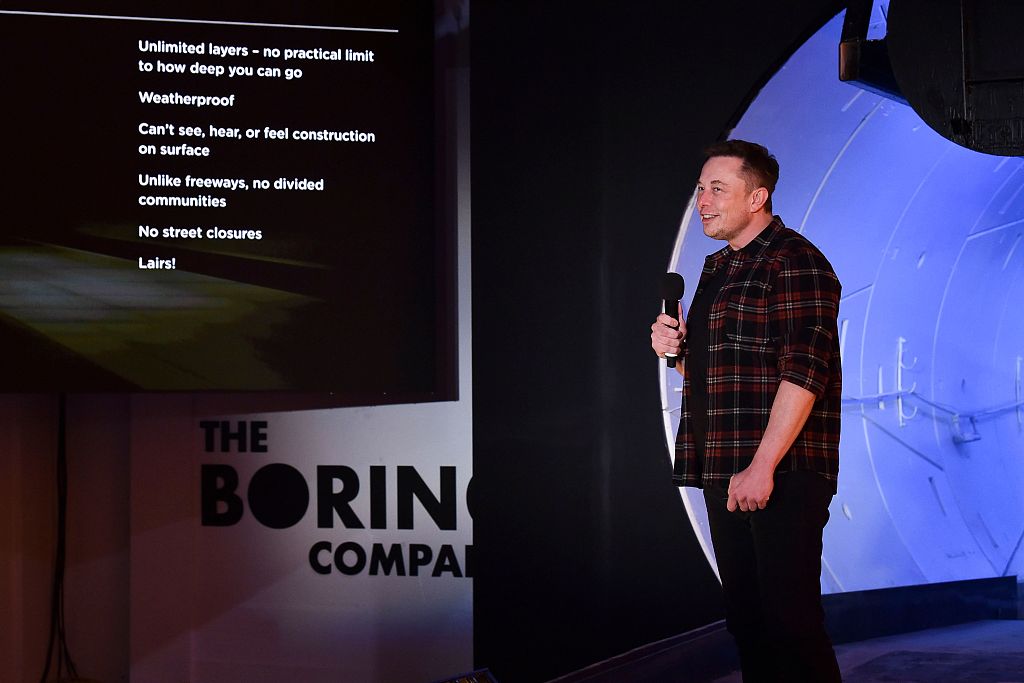 Musk announced this last Friday in response to a Twitter user's post regarding his upcoming China trip for the 2019 World Artificial Intelligence Conference to be held in Shanghai from Aug. 29 to 31.

Musk confirmed his attendance at the conference, adding that he will be launching the Boring Company China on that trip.

The company will also do underwater tunnels, in addition to its underground tunnels business, Musk said.

The Boring Company, which was founded by Musk in December 2016 to address the traffic jams in Los Angeles, unveiled its first test tunnel in Hawthorne, California, last December.

The 1.14-mile-long (about 1.8-km-long) tunnel starts in a parking lot near the headquarters of SpaceX, another of Musk's properties. The other end of the tunnel is in a neighborhood about a mile away in Hawthorne.

In June last year, the company won a bid to build a high-speed transport connection from Chicago's O'Hare airport to the city's downtown area.

In May this year, the Boring Company got another deal with the Las Vegas Convention and Visitors Authority Board of Directors to design and construct a new underground people mover project encompassing Las Vegas's convention center.

The project, with a contract value of over 48 million U.S. dollars, could rapidly and safely carry passengers in autonomous electric vehicles via a loop of underground express-route tunnels.