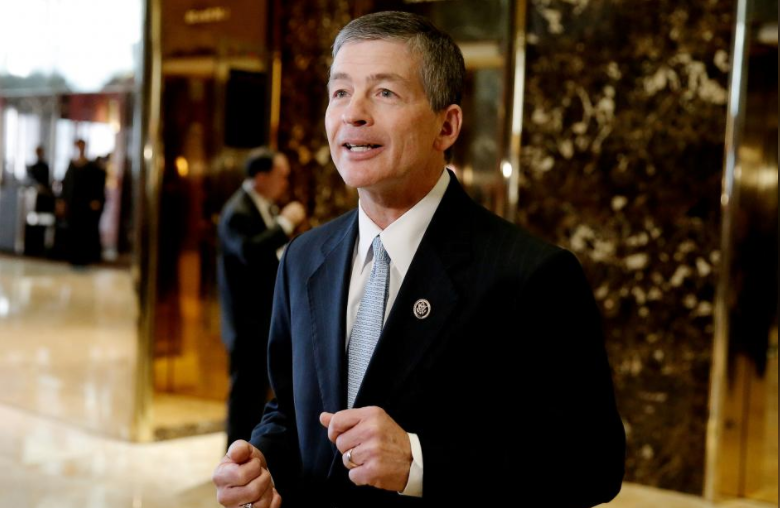 US Representative Jeb Hensarling (R-TX) speaks to members of the media after meeting with US President Elect Donald Trump at Trump Tower in the Manhattan borough of New York City, US, November 17, 2016 (Photo: Reuters)

Emboldened by President Trump’s pledge to loosen laws introduced following the 2007-2009 global financial crisis, US banks are pushing to scrap or revise more than a dozen other lesser-known rules they say are outdated, costly and hurt economic growth.

Many would have been revised a decade ago, but changes were shelved during the financial crisis and the fierce political battle over the 2010 Dodd Frank Act that imposed a new layer of restrictions.

With Congress now poised to pass the first rewrite of Dodd Frank backed by key Democrats, and as Trump-appointed regulators strike a much more industry-friendly tone, banks see the changing atmosphere as an opportunity for a sweeping overhaul.

“The feeling is there are many rules that are so old that they’re out of sync with what you need to promote economic growth and that’s a conversation policymakers are now willing to have,” said Wayne Abernathy, executive vice president at the American Bankers Association, a bank trade group.

Reuters has identified around 15 pre-crisis rules that bankers and lobbyists want to change, based on multiple interviews, disclosure forms, and advocacy documents submitted to the administration, its appointed officials and lawmakers.

Laws targeted by banks include the Civil War-era False Claims Act; the 1933 Securities Act; the Federal Deposit Insurance Act of 1950; the 1956 Bank Holding Company Act; the Bank Secrecy Act of 1970; a raft of lending laws including the 1977 Community Reinvestment Act; the 1991 Telephone Consumer Protection Act; the 2001 Patriot Act and the Sarbanes-Oxley Act of 2002, among others.

Having accumulated over decades, albeit with occasional tweaks, together they are as costly and as much of an impediment to lending and economic growth as Dodd Frank, bankers say.

“It’s like death by a thousand cuts: this happened over a long period of time...and now a lot of members of Congress, and a lot of consumers and the regulators agree that it’s gone too far,” said Timothy Zimmerman, CEO of Pennsylvania-based Standard Bank and chairman of the Independent Community Bankers of America.

With Trump in the White House and more business-friendly Republican-controlled Congress, banks seized the opportunity spending a record $66.7 million on lobbying last year, according to the political contributions database OpenSecrets.

Senate lobbying records show much of this was devoted to revising Dodd Frank and other laws, including many of those cited above.

Earlier this month, community bankers descended on Congress to meet with many of the 67 Senators who voted for the Dodd Frank rewrite, seeking their backing for other changes.

Lobbyists aim to sway lawmakers to sponsor deregulatory provisions that can be pegged to other upcoming must-pass legislation and pressure the agencies to push ahead with rule-easing, lobbyists told Reuters.

They are also dedicating a lot of time persuading the new agency heads and their senior staff to take up banks’ pre-crisis wish list, according to lobbyists and disclosure filings.

Speaking at an event in Washington on Thursday, Republican Jeb Hensarling, chairman of the House Financial Services Committee, said the debate over rewriting Dodd Frank had obscured efforts on some of these other problematic rules.

“Many of our bills don’t even touch Dodd Frank,” he said.

So far, the industry has gained traction on two laws they say are woefully outdated: the anti-money laundering rules outlined under the Bank Secrecy Act and the Community Reinvestment Act which requires lenders to extend credit to low-income communities where they take deposits.

The anti-money laundering rules, which require banks to track and report cash transactions over $10,000, are particularly costly and ineffective because the low threshold triggers millions of needless reports, say regulatory experts.

Globally, banks spent an estimated $12 billion on compliance with the rules in 2016, according to data compiled by consultancy Quinlan & Associates.

The House of Representatives has tabled a bill that would raise the threshold to $30,000. It would also require newly-incorporated private companies to disclose their true owners, making life easier for their banking providers.

The Senate is expected to introduce a similar bill in coming months, said Greg Baer, president of The Clearing House Association, a bank group which has advocated changes to the law.

Likewise, regulators have said they would unveil in coming weeks changes to the community lending rules, which banks say have become outdated with the rise of online lending and other technology developments.

These changes could include more flexibility in assessing bank compliance, and potentially softer penalties.

Consumer advocates warn, however, any easing of the rules could lead to discrimination of some groups of borrowers or create “banking deserts” where consumers do not have access to branches, said Randy Benjenk, a lawyer at Covington & Burling.

Conservative Republicans also raise concerns that the proposed changes to anti-money laundering rules would push more of the compliance burden onto small businesses.

“That would wipe out much of the benefit of tax reform passed by Congress last year.”