Offshore wind power projects have generated more than 57.68 million kilowatt hours of electricity since December 2017 when they were installed in Zhoushan, east China’s Zhejiang province. 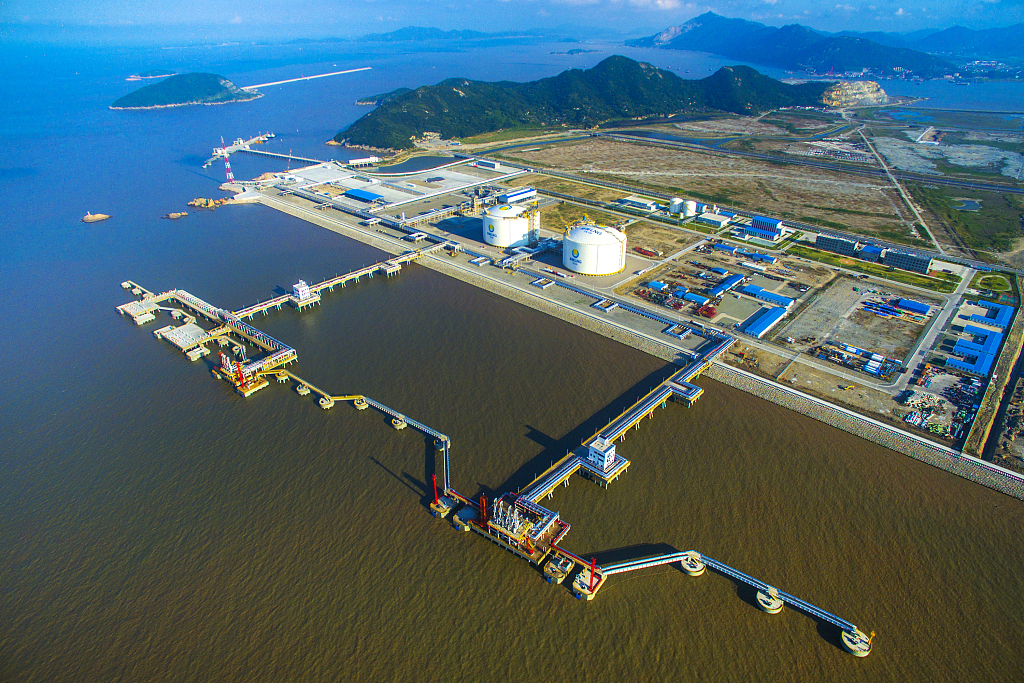 By the end of this year, they are expected to produce 750 million kilowatt hours of electricity, which will provide 14.2 percent of Zhoushan's household electricity, meaning coal consumption will be reduced by 213,000 tonnes.

Zhoushan is just one of many places in China that boost ocean economy with technology.

According to statistics from China’s Ministry of Natural Resources, in the first half of this year, the country’s gross ocean production reached $3.8 trillion, a year-on-year increase of 6.9 percent. Related industries are also emerging.

In July, the Qingdao National Laboratory for Marine Science and Technology (QNLM), the country’s only national lab in this area, released important data relating to 31,000 marine products. The data will be used for virtual screening and smart drug design, which will drive the speed and efficacy of marine drug development.

The key to turn ecological ocean resources into pharmaceutical products is to speed up innovation and application of discovered resources, said Guan Huashi, an academician at the Chinese Academy of Engineering.

Science plays an important role in boosting marine economy. According to the statistical bulletin of China’s marine economy, in 2017, China’s marine biological medicine industry grew by 11.1 percent. During the first six months of 2018, the income of key marine medical and bio-product enterprises increased by 13.2 percent year-on-year.

Continuous achievements made in utilization of renewable marine resources

According to statistics, the income of key enterprises dealing with renewable marine resources was up 13.1 percent over the first six months of 2018 compared with the same period last year. The huge potential of the ocean is being explored using technology.

For instance, the modular generators of a tidal energy demo, developed by Hangzhou LHD Lin Dong Ocean Energy Technology Co., Ltd, is set to run at a full scale capacity of 3.4 megawatts.

The generators have been continuously supplying the Chinese electricity grid with clean power over the course of one year, using two of the already installed turbines rated at 1MW in total.

According to statistics, China launched 319 offshore wind power generators in 2017, with a total installed capacity of 1.16 million kilowatts, a year-on-year increase of 96.61 percent.

By the end of May 2018, the capacity of offshore wind power generators reached 2.55 million kilowatts, increasing by 26 percent year-on-year. The installed capacity could provide 5.1 billion kilowatts of clean power if 2,000 hours of electricity is generated per year.

Taishan Island of Shacheng Town, southeast China’s Fujian province, has a population of 458 people, with 90% of inhabitants making a living from fishing. The island is far away from freshwater sources, so the scarcity of clean drinking water has been an urgent issue for some time.

However, people no longer have to worry about scarce freshwater resources, because a hyper-filtration water desalination project was created by a technology company in Xiamen, together with the Tianjin office of the Institution of Seawater Desalination and Multipurpose Utilization. The project could desalinate 300 tonnes of seawater every day.

China has mastered the capability to integrate systems and projects. Moreover, the technologies used on its self-developed demonstration program, which can process 10,000 tonnes of seawater every day, have now reached international standards, said Li Linmei, director of the Tianjin office of the Institution of Seawater Desalination and Multipurpose Utilization.

Latest data has shown that the country has more than 140 seawater desalination projects, which altogether process 1.2 million tonnes of seawater per day. This amount of water could provide enough fresh drinking water for a city of eight million people.