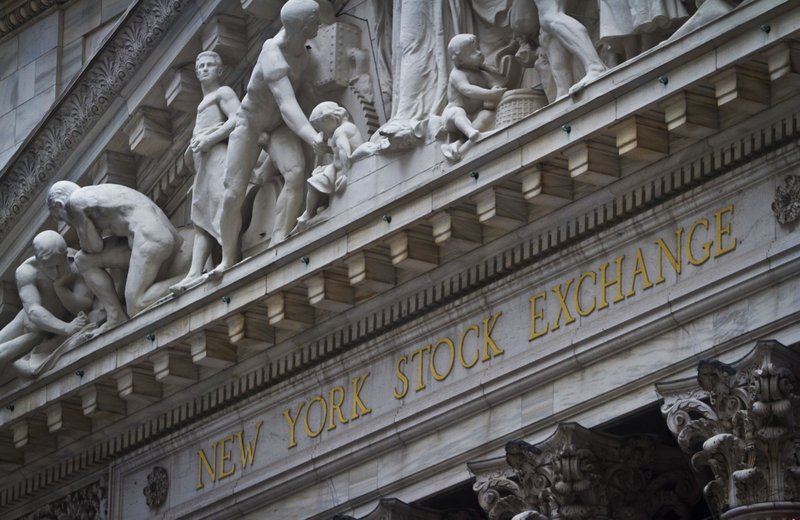 Energy and technology companies are advancing Monday as U.S. stocks continue to rise, and smaller companies reversed some early losses after the Senate reached a short-term deal to end the government shutdown. High-dividend stocks are also up as bond yields hold steady. Yields had climbed to their highest level in more than three years last week.

HEALTH CARE DEALS: Sanofi said it will buy hemophilia treatment maker Bioverativ for $105 a share, a deal the companies valued at $11.6 billion. Bioverativ makes Eloctate and Alprolix, which treat two different types of hemophilia. It’s part of Sanofi’s growing focus on rare diseases, which can command high prices at a time generic medications for more common ailments are falling.

Meanwhile Celgene will pay $87 a share, or $9 billion, for Juno Therapeutics. Juno is one of several companies developing CAR-T cancer therapies, which genetically engineer patients’ blood cells into “living drugs” that fight cancer. The stock surged last week on reports Celgene might buy the company. On Monday it rose $18.80, or 26.7 percent, to $85.91 while Celgene lost 5 cents to $102.60.

OPEN ... FOR NOW?: Stocks turned a bit higher after Senate Democrats said they will support a bill that would fund the federal government for three weeks. That came after Republican leaders said they will soon address immigration and other contentious political issues. The government shut down after the previous funding bill expired Friday.

The threat of a shutdown has loomed for months and still isn’t resolved, but hasn’t troubled Wall Street because investors doubt it would have much effect on the market or the economy unless it persists for a long time. Smaller companies, which could be hurt the most by a reduction in consumer spending or confidence, switched from small losses to solid gains.

COPY THAT: Investors Carl Icahn and Darwin Deason are calling for the removal of Xerox CEO Jeffrey Jacobson as the copier company reportedly seeks a deal with camera company Fujifilm. The Wall Street Journal reported last week that the two companies are having talks. Icahn and Deason own 15 percent of Xerox, and they said Monday they don’t trust Jacobson to lead the potential negotiations.

BONDS: Bond prices gave up an early gain. The yield on the 10-year Treasury note remained at 2.66 percent, a three-year high. The earlier decline in yields led to gains for stocks that pay big dividends, including phone and utility companies. Their large dividend payments make them an alternative to bonds for investors seeking income, and they tend to do better when yields fall.

POWER UP: Utility company FirstEnergy surged after it received a $2.5 billion investment from a group of firms including Paul Singer’s Elliott Management. Those investors will get $1.62 billion in convertible stock and $850 million in common stock, and FirstEnergy said the funds will help the company pack back debt and contribute to its pension fund as it converts to a fully-regulated utility.