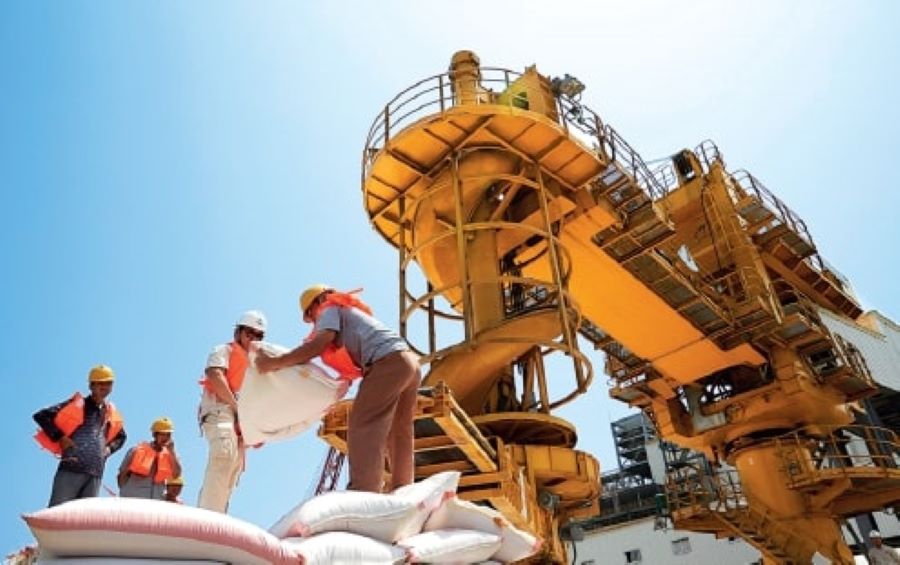 The deals will allow COFCO to import farm produce such as grain, sugar, wine and edible oil.

As it has been meeting surging domestic demand for various foodstuffs, the centrally administered State-owned enterprise has seen the value of its purchases surge by 20 percent on a yearly basis from the last CIIE.

The Beijing-headquartered group was formed by the amalgamation of various subsidiaries that used to trade in oil, oilseeds, sugar, wine and spirits. Its shopping list includes common farm commodities like wheat, corn, sugar, cotton, and wine.

A three-time participant of the CIIE, COFCO bought such commodities as well as nuts, aquatic products and other non-staple foods, in large quantities over the past two expos.

The majority of these products will come from countries participating in the Belt and Road Initiative.

The imports have been consolidating COFCO's business links with key grain and food producing regions, and will continue to stimulate more trade flows between China and other BRI economies, said Lyu Jun, COFCO's chairman.

In terms of imports of traditional agricultural products, COFCO has expanded its sources of oil products like rapeseed, sunflower and palm oil. It now imports from countries like Brazil, Argentina, Uruguay, Russia, Ukraine, Indonesia and Malaysia.

There has been a substantial increase in COFCO's imports of corn, sorghum, barley, wheat and other traditional grain from France, Kazakhstan, Russia, Ukraine, Cambodia and Laos, Lyu said.

COFCO also purchases corn that is used as high-quality raw material to produce snacks like popcorn for sales at cinemas.

China's main importer of sugar and cotton, COFCO relies on its deep knowledge of the world's major production areas. It signed a contract to import more raw sugar from Brazil recently.

Lyu said food consumption is a reflection of economic success. Food consumption is rising. The types of foods people eat are diversifying; foods are becoming more sophisticated and they need to be more convenient, so the whole business has dramatically transformed in China, he said.

As China has been working with other countries to make economic globalization more inclusive and balanced to mitigate the impact of the COVID-19 pandemic, the country's promotion of the "dual circulation" development pattern will prove timely, he said.

Against this backdrop, COFCO will play a better role as China's main channel for food imports, promote the diversification of import sources and introduce high-quality and healthy grains, oils and food products, as well as make full use of the links between home and global market during the post-pandemic era.

COFCO will strive further to optimize and adjust China's grain and foodstuff supply system in order to promote sustainable growth and boost domestic consumption in a healthy and safe way during the 14th Five-Year Plan period (2021-25), he said.

To compete with the so-called ABCD companies, COFCO has continued to strengthen its global presence in recent years. It has spread its supply chain to more than 140 countries and regions around the world, with a total annual grain turnover of 160 million tons.

The term ABCD refers to four companies that dominate global grain trading, serving as middlemen between farmers and buyers. The groups are ADM Co, Bunge Ltd and Cargill Inc from the United States, and the Netherlands-based Louis Dreyfus Co.

Supported by 13 listed companies on both home and global stock exchanges, COFCO has a global coverage of grain and oil producing areas, and owns a sophisticated global production and procurement platform, as well as a well-developed trade network. After years of expanding its overseas presence, COFCO now earns more than 50 percent of its operating income from overseas business, Lyu said.

The company has 2.3 million points of sale throughout China's 952 large and medium-sized cities, and more than 10,000 counties and villages.

Apart from ensuring grain security and tackling environmental issues in the area of agriculture, China has to feed a growing and increasingly wealthy population who demand better and more nutritious food, said Ding Lixin, a researcher at the Chinese Academy of Agricultural Sciences in Beijing.

He said what is key is a combination of growth and demand that is linked to income and urbanization. Those two factors created a humongous market in China. So, in recent years, it has attracted a lot of attention from global players in both food manufacturing and agricultural sectors.

He said processed foods like canned foods, especially those related with cooking and restaurants, have grown fast in China. The demand for juices, soft drinks, yogurt and milk will provide all sorts of opportunities for the food and ingredient business. The sector has been showing excellent potential.

Agreed Zhang Yongjun, a researcher at the Beijing-based China Center for International Economic Exchanges, who said he believes that adequate imports of agricultural commodities and foreign direct investment in agribusiness can help China in easing the pressure on natural resources and ensuring the country has steady food supplies.