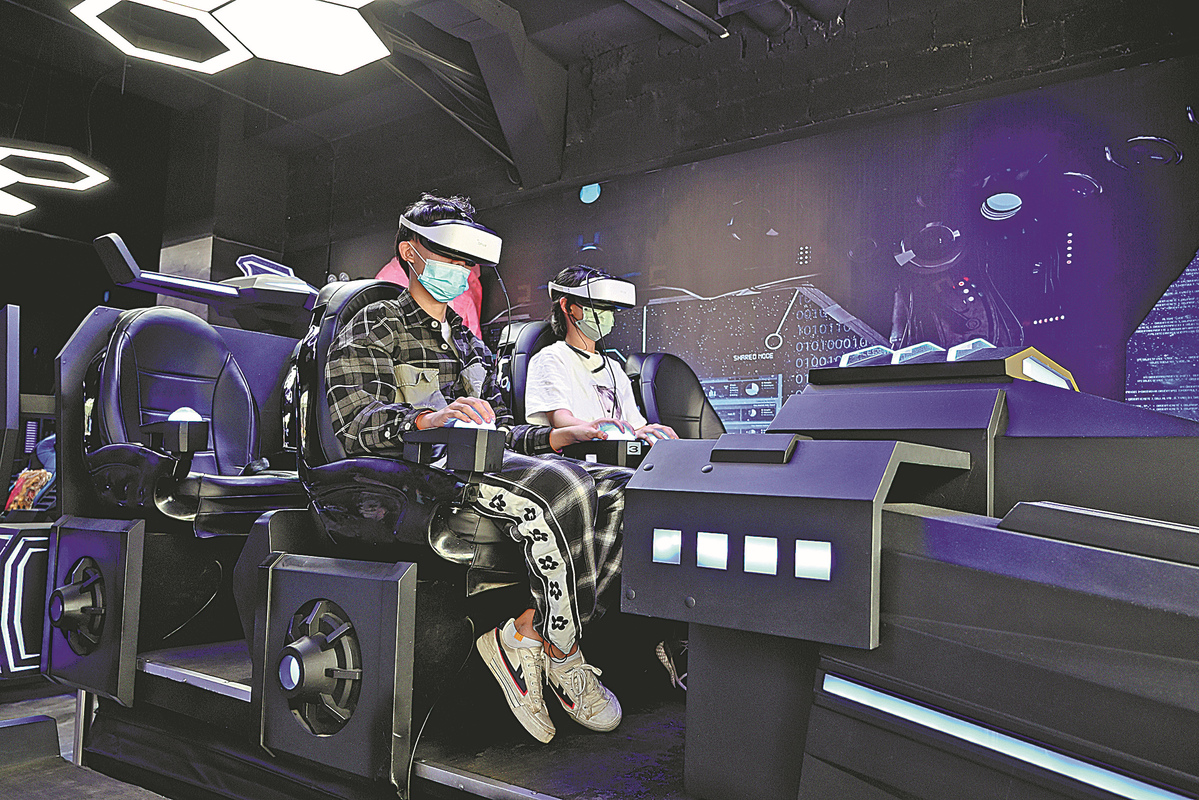 The total revenue of China's entertainment and media industry is expected to reach approximately $526.9 billion by 2026, with a compound annual growth rate of 5.7 percent over the next five years, higher than the global average of 4.6 percent, according to a new report from global consultancy PwC.

China will lead the world in average revenue growth in segments such as virtual reality, internet advertising, video gaming and esports, the report said.

"Most of China's entertainment and media industry has recovered in 2021, and the growth rate is expected to return to pre-COVID levels in 2022 and 2023. In the near future, with the emergence of more content creators and short-video platforms, we expect that internet advertising will grow faster and increase its market revenue share," said Frank Cai, PwC Chinese mainland media leader.

Cai said the rise of the metaverse will continue to drive the application and development of innovative technologies, while digital collections will become widely accepted and used in the real and virtual worlds. The term metaverse refers to a shared virtual environment or digital space created by technologies including virtual reality and augmented reality.

China's film industry is recovering well as the number of moviegoers has rebounded sharply. The country has become the world's largest movie market, accounting for 35.6 percent of the global box office revenue, and is expected to return to pre-pandemic levels in 2023, the report said.

China and the United States will remain the world's top two largest movie markets, with China expected to account for 26 percent of global box office revenue in 2026, above the 22 percent for the US.

PwC estimated that China's total cinema revenue will reach $13.9 billion by 2026, with a compound annual growth rate of 8.62 percent in film revenue over the next five years. The country's film production capacity continues to improve to meet the needs of the growing demands of the Chinese audience.

Furthermore, China is the world's largest video game and esports market, with revenue expected to grow at a compound annual growth rate of 11.3 percent from 2021 to reach $94.6 billion by 2026.

Meanwhile, Chinese games are increasingly looking to expand into overseas markets. In the coming years, China's video game exports will continue to grow significantly, becoming larger than counterparts from the US, Japan and South Korea, driven by the rapid growth of app-based games.

Cecilia Yau, PwC Chinese mainland and Hong Kong media leader, said the year 2022 is full of uncertainty, as factors like the COVID-19 pandemic and supply chain changes continue to have an impact on consumer behavior and the development of the entertainment and media industry.

"The global landscape of the entertainment and media industry is being reshaped and consumption patterns could change dramatically, while the metaverse may trigger a new wave of digitalization," Yau noted.

The report noted that technological and commercial innovations have incrementally contributed to a burgeoning metaverse and corresponding industry ecosystem. Digital collections, virtual humans and virtual worlds have become the three most important segments in the metaverse in China.

Tech heavyweights are leading the development of metaverse in China, while startups have also joined the market. To seize the strategic opportunities arising from the metaverse and emerging technology, companies will need to assess a range of considerations such as business models, development strategies and tax planning, it added.

More efforts should be made to promote the healthy and orderly development of the metaverse, and improve the related laws, regulations and industrial applications, said Shan Zhiguang, director of the information and industrial development department at the State Information Center, while underlining the significance of complying with the current laws.