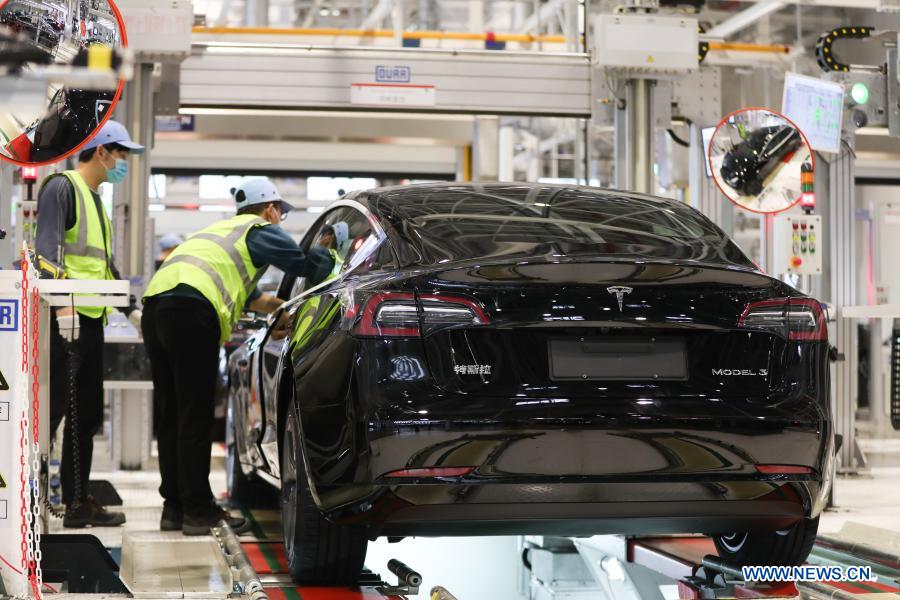 On New Year’s Day, the official Chinese website of Tesla was temporarily paralyzed due to the surge of visitor volume.

Several vehicle retail insiders told media that the new price of the Model Y will impact the Chinese vehicle market. While the Model Y is not qualified for the new energy vehicle (NEV) subsidies since the price is beyond 300,000 yuan ($46,440), it still holds its NEV advantages in acquiring a plate and the reduction of purchase tax. The price range has stepped into the territory of BMW, Benz and Audi.

Cui Dongshu, the secretary general of China Passenger Car Association, predicted on Saturday that the sale of the Model Y in China this year may be better than that of the Model 3, which could reach the 300,000 mark.

The sharp cut in Model Y prices also brought stronger incentives for Chinese car manufacturers, especially for those whose main revenue comes from NEVs, that the competition against foreign ones will not be an easy one. With the decrease in NEV policy-backed subsidies, more and more Chinese carmakers have shifted from price and appearance to quality and experience.

The car manufacturing industry has a vital position in a country’s development, and China always welcomes healthy competition as the Chinese market has been more open since its reform and opening-up policy in the late 1970s. Chinese authorities deeply understand the vitality of foreign carmakers’ catfish effect on the country’s car industry.

From the experience of the Model 3, Tesla’s sedan, the Model Y is likely to be produced in the company’s Shanghai Gigafactory. Tesla is wise to choose Shanghai to be the site of its Gigafactory for China has almost incomparable advantages in labor costs and construction efficiency. Even Elon Musk, Tesla’s CEO, was astonished by the “Shanghai speed” that it only took 168 working days to go from permits to a finished plant. The first Chinese-made Tesla Model 3 rolled off an assembly line at Shanghai Gigafactory less than a year the construction of the factory began. Not to mention the policy support from the Shanghai Municipal government.

For the coronavirus-afflicted year of 2020, China has proven itself a reliable and sustainable manufacturing site and market.

On November 26, the first-ever transport of China-made Tesla Model 3 cars to be sold in the European market reached the port of Zeebrugge in Belgium. Tao Lin, vice president of Tesla, told Xinhua that the US carmaker has gained confidence in China after the country succeeded in overcoming the epidemic and has pulled ahead in economic recovery.

After the virus’ brief interruption in the first half of 2020, China soon revitalized due to strict epidemic control and prevention measures were taken and observed, and the impact of the coronavirus was reduced to a minimum, which is good news for the global supply chain and the whole world.