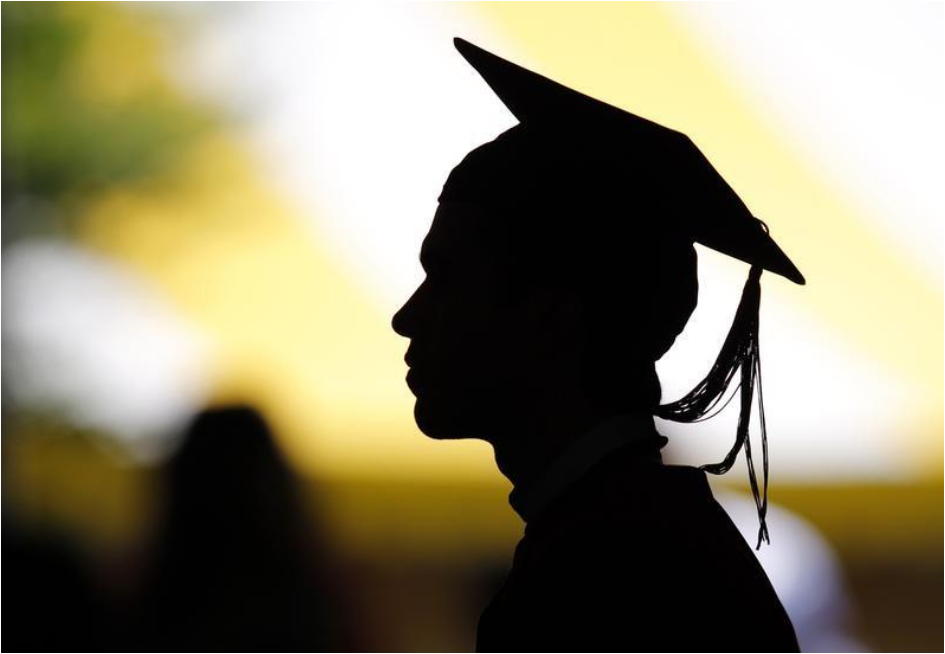 Students take their seats for the diploma ceremony at the John F. Kennedy School of Government during the 361st Commencement Exercises at Harvard University in Cambridge, Massachusetts May 24, 2012.(Photo: Reuters)

A decade ago, Devin Jameson might have chosen to drop out of college and work on Eversound, a wireless headset start-up for senior communities.

Instead, Jameson was able to combine his co-founded company with his academic coursework through Cornell University’s eLab program, an accelerator curriculum he completed in 2015.

The eLab program runs for a full academic year. Students build out their businesses while participating in lectures, class work, mentorship and receiving a $5,000 investment. At the end of the program, students demo their businesses in front of a crowd of hundreds, including potential investors.

“Being able to get actual college credit for going through an incubator program was really important,” Jameson said. “I didn’t have to make a compromise.”

As students increasingly pursue entrepreneurship, more universities are creating accelerator and incubator programs to support them. They are also nurturing job skills that will help the next generation of workers thrive in the gig economy, including flexibility, innovation and digital expertise.

The share of incubator programs associated with universities has grown to a record high of 42 percent, according to the International Business Innovation Association’s 2016 IMPACT Index, up from around one-third in 2012 and one-fifth in 2006.

This trend comes as the US venture capital industry deployed $84 billion to entrepreneurs last year, the highest annual amount since the early 2000s dot-com boom, according to the PitchBook-NVCA Venture Monitor.

The world is desperate for innovative and versatile talent, said Neil Sharkey, vice president for research at Penn State, which launched a major push to encourage entrepreneurship in 2015 with its Invent Penn State initiative.

“Having that entrepreneurial mindset is really a leg up in this day and age where you don’t go to work at one corporation your entire career,” Sharkey said.

Entrepreneurship is critical not only to benefit students, but also to serve society by creating jobs and driving economic growth, said Penn State President Eric Barron.

Since its launch, 21 of Penn State’s campuses have created “innovation hubs” that provide co-working space, accelerators and other resources to students, faculty and community members.

The school has also added entrepreneurship minors in most colleges. It has an alumnus-founded Summer Founders program, with a $10,000 stipend, that allows students to scale their ventures between semesters in a formal accelerator setting.

At Carnegie Mellon in Pittsburgh, the school’s incubator program emerged from one computer science professor’s simple question: What would it take for more students to stay in the city after graduation?

Students told her they were leaving because the jobs they wanted were elsewhere, and they did not know how to create new ones. The professor, Lenore Blum, founded Project Olympus to teach students how to invent the jobs they want.

The program has grown from advising 20 potential start-ups a decade ago to 140 this year. It has created over 400 full-time positions in the city, according to Kit Needham, the program’s director.

Incubator and accelerator programs vary in their structure and ties to the university. Project Olympus is a non-competitive extra-curricular program and allows any student, faculty or staff member to receive free guidance and access to resources.

In some cases, students are motivated enough to create programs without university assistance. LAUNCH was created four years ago at University of California, Berkeley, and is one of five accelerators on campus, according to the Berkeley Gateway for Innovation. LAUNCH evolved out of a student-run predecessor.

Although LAUNCH attempted to receive academic credit, it is run independently from the university by student and faculty volunteers, said Rhonda Shrader, one of LAUNCH’s faculty members and the director of the Berkeley-Haas Entrepreneurship Program. Among its successful alumni, six startups have been accepted into Y Combinator, one of the most prestigious startup accelerators.

Shrader attributes the growing trend of campus entrepreneurship to a number of factors, including the lower cost of building prototypes and increased familiarity with peers who are pursuing the same path.

“As we move to the gig-based economy, this is kind of an intermediate step,” Shrader said. “Being an entrepreneur is one step away from being just a gig, but it has a less formal structure than working for a large company. I think this is definitely a sign of the times.”