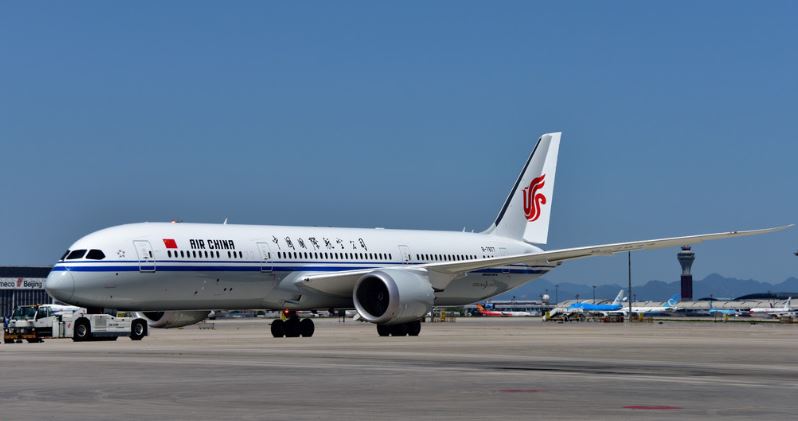 Chinese airlines may record staggering losses of 300 to 500 million yuan ($72 million) per day for February, as thousands of flights were cancelled due to the coronavirus epidemic, though the dark days for the country's civil aviation industry might be getting brighter with more flights resuming and government support underway.

The trend now in China is headed in a positive direction judging by resumed flights and efforts taken by the airlines. However, their revenues will take time to return to normal levels seen before the outbreak.

The income of airlines in China in February was 37 billion yuan less than the previous year and the net loss for the industry each day in February was roughly 300 to 500 million yuan, AirSavvi, one of China's top air-data services firms, said in a file sent to the Global Times on Friday.

The estimate is based on passenger kilometer revenue levels in 2018, deducting fixed and variable costs, AirSavvi said.

A chart sent to the Global Times shows the turning point of the airlines' revenue came on January 17, one week before the Chinese Lunar New Year, which was followed by a sharp decline until February, the period when China pressed the pause key to beat the virus.

Since then there has been slight growth. "The pressure is mainly from the low load factor, as the money they earned could not cover their costs," AirSavvi analyst, Cong Wei, told the Global Times on Friday.

The report said that before the outbreak the load factor in the domestic market was about 80 percent, but then it slid to below 60 percent, and even as low as 40 percent during the epidemic, causing a sharp drop in income.

Data from the Ministry of Transport showed that during the 40-day travel period of Chinese Lunar New Year, airlines transported 38.39 million passengers, down 47.5 percent on the same period last year.

The pain for the airiness has also been felt by their staff. A captain surnamed You at China Eastern Airlines said his salary in February was one-sixth compared with past months before the epidemic, as their income mainly depends on flying hours, but the virus cut many flights, making his income decline sharply.

A picture on the web shows that China Southern Group held a meeting with the theme "dealing with the ex-tremely difficult business," which is rare to see in meetings.

"If the virus does not end before the end of April, it will be hard to see the airline industry maintaining its 11-year record of profitability since the 2008 global financial crisis," Lin Zhijie, an independent market watcher told the Global Times on Friday.

The epidemic is not only a worry for Chinese carriers, but also overseas players as the virus has expanded to more than 80 countries and regions.

The International Air Transport Association (IATA) Thursday updated its prediction on the impact of COVID-19, claiming it now sees 2020 global revenue losses for the passenger business of between $63 billion and $113 billion. Two weeks ago, it said that lost revenues will be at $29.3 billion based on a scenario that would see the impact of the virus largely confined to markets associated with China.

The Lufthansa Group estimates that around 150 aircraft are now effectively grounded due to the ongoing coronavirus situation. The news follows a similar announcement last week which only mentioned 23 aircraft, according to simpleflying.com.

IAG's CEO Willie Walsh also noted a "very significant fall-off in demand" in Italian markets in the past week. But he predicted demand would stabilize in coming weeks if bookings followed the pattern seen in Asia, Reu-ters reported.

The good news is the Chinese government is now taking measures to resume global travel that has been halt-ed due to the coronavirus outbreak, and airlines are slowly getting back to normal as more carriers are in-creasing their flight numbers and routes.

The Chinese government on Wednesday took the rare step of offering direct cash incentives for global and domestic airlines that operate international flights into and out of China, and it is believed that the govern-ment is paying to keep international routes open.

As of Tuesday, China Eastern Airlines had received a total of nearly 200 charter flights. It has resumed more than 2,700 flights, approximately 100 flights per day, and it predicted that half of its fights could resume in March.

In the coming week, countries including Mongolia, Portugal and Greece will resume services to destinations such as Ulaanbaatar, Lisbon and Athens, according to Civil Aviation Administration of China.