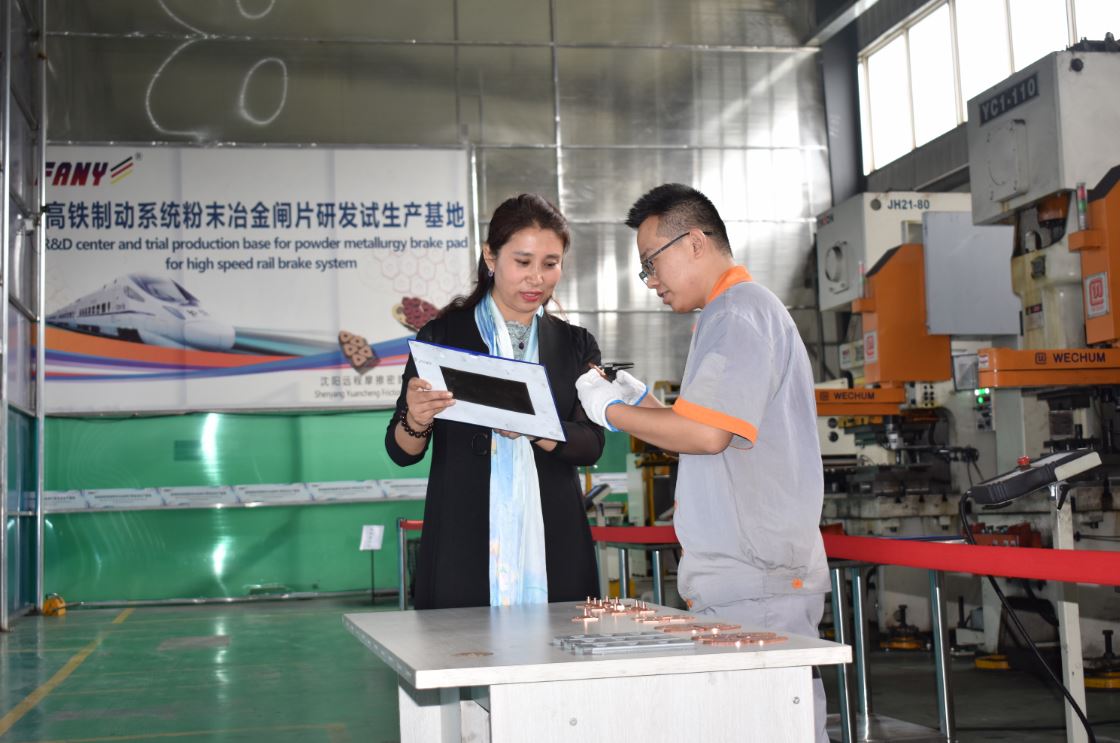 Zhao Yanjing (left), founder and CEO of Shenyang Yuancheng, discusses with a technician at the company's facility in Shenyang, capital of Liaoning province. (Photo provided to China Daily)

In her deep purple silk embroidered shirt and a sky-blue scarf, Zhao Yanjing looks more like a university teacher than the founder and CEO of China's top maker of brake system materials.

Shenyang Yuancheng Friction and Sealing Material Co Ltd in Liaoning province, which is led by Zhao, supplies its products to customers across a range of industries like railways, manufacturing, marine and automotive. Its friction materials are used in the manufacturing of brakes and similar products.

"My major in college was English and most of my classmates work as English teachers. Twenty years ago, when we graduated, no one could have imagined I'd start a business," said Zhao with a smile.

She received an bachelor in English from Liaoning University in 1999. In 2000, Zhao applied for, and landed, a job at Shenyang Friction and Sealing Material General Factory, which was by then a leading State-owned friction material producer.

By the end of 2001, she was instrumental in the company's exports of its products worth more than 20 million yuan ($2.8 million).After three years, Zhao was promoted to international business manager.

But it was not smooth sailing. The SOE suspended operations in 2002 as part of reform of State-owned enterprises. Zhao was among the hundreds of thousands of workers who were laid off.

The job loss posed her life's biggest challenge. "I had a baby to support and my parents weren't in good health back then. I was my family's sole breadwinner. I didn't have the luxury to retreat into a shell," Zhao recalled.

Swimming, her favorite sport, helped her to regain confidence. "If you can't swim back, you simply can't go ahead. You need to learn to swim, no matter how far or how deep the water is," said Zhao.

The next year (2003), she somehow secured enough funds through private sources to start her own business, a friction material trading firm.

A couple of years earlier, China had decided to join the World Trade Organization, which led to a boom in private-sector businesses in the following years. Zhao and many other entrepreneurs struck gold.

In 2007, Zhao upgraded her business from trade to manufacturing. She set up Shenyang Yuancheng on the outskirts of the provincial capital.

"Yuancheng's brake products are the only ones that can cope with the harsh conditions of overloaded mining vehicles and rugged roads," said Wang Shaoyan, purchasing manager of Angang Liaoyang, which sources brake products from Zhao-led company. 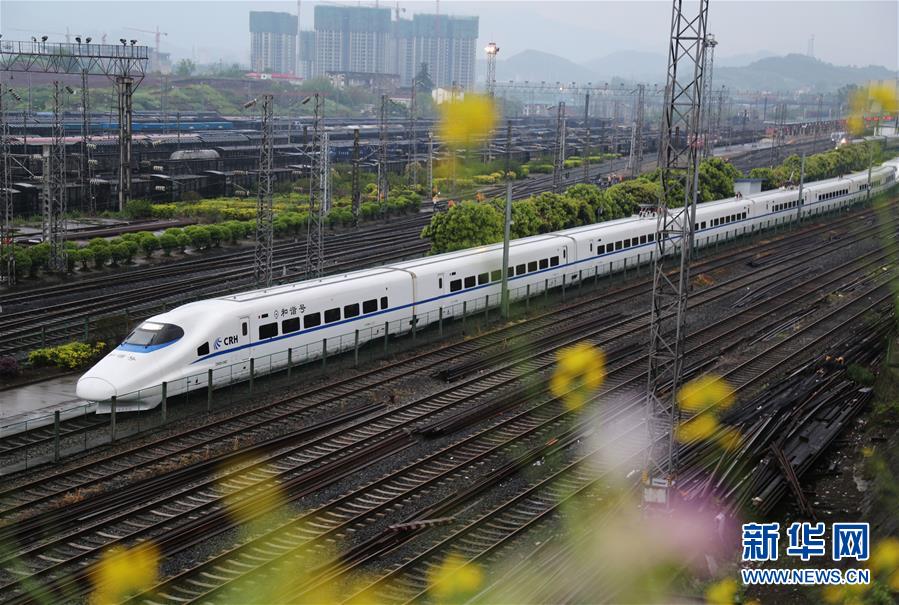 The cooperation with Angang was the starting point of Zhao's dream coming true: to build a world-class brake products company that can serve not only China but the rest of the world.

Her small build hides tremendous fire in the belly to go global and succeed. In 2011, Zhao oversaw the company's third upgrade from manufacturing of car brakes to making of high-speed rail brakes.

The opening of Beijing-Tianjin railway in 2007 marked the nation's first high-speed inter-city line. That sparked a boom in China's high-speed rail construction, generating golden opportunities for brake pad manufacturers around the world.

"Our high-speed rail brake pads are the crown jewels of the (friction material) industry. They meet the highest technical requirements and also generate the highest profit margin. This is going to be our main business in the future," said Zhao.

She underlined the company's research and development efforts, and its tie-up with the material college of Northeast University. International experts were roped in too for consultations. The following years saw the company making huge investments and reaping big gains.

"It's only during swimming that I rest. Whenever I feel helpless or desperate, I'd go for a swim and have a break, which helps me to calm down. I think you can change either your mood or your predicament if you try one more time. I'm determined to reach my goals," Zhao said.

She believes in the 'no pain no gain' maxim. In 2015, the company's Fany-840 metro brake shoe and brake pad products won the contract of Seoul-Incheon line in South Korea. Zhao attributed the win to the product's high quality and competitive price. To date, Yuancheng commands a 55-to 60-percent share of South Korea's metro brake market.

"We are like the smallest cells of 'Made in China'. Only when the cells are strong can 'Made in China' become strong and internationally competitive," Zhao said.

She said the company has just finished R&D of new models of high-speed train products. The next three years will see rapid development as the new production line is put into operation.

"We couldn't make world-class products 50 years ago. But, we can make them today and make them better too. In the not-too-distant future, wherever you find a train, you will likely find a Yuancheng brake."