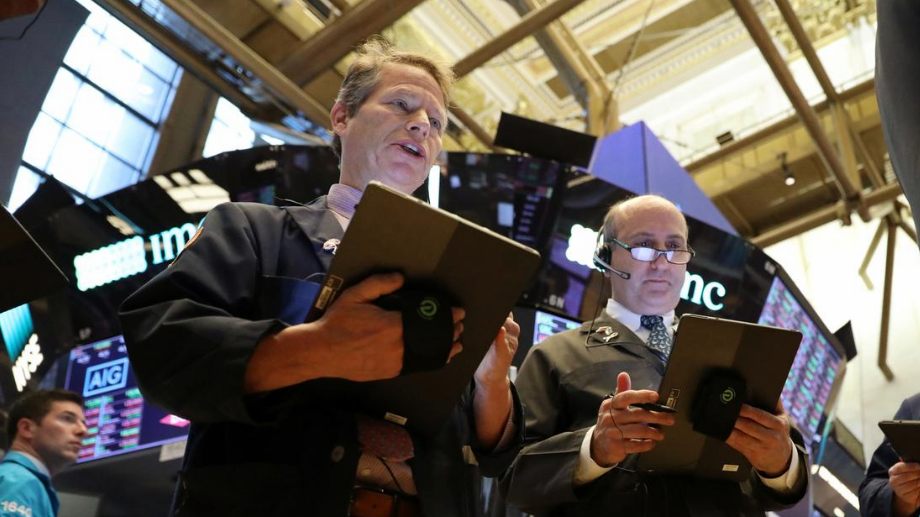 Asian markets fell on Monday as another US interest rate cut and fresh stimulus measures failed to lift confidence, with analysts warning that the Federal Reserve may have reached the limits of its power to fend off recession as the coronavirus spreads.

The Fed move added to efforts by central banks around the world to combat the outbreak, which observers say will likely cause a global recession.

Equity markets continue to be whipsawed by the disease, which has now infected almost 170,000 people and killed more than 6,000 with several countries going into lockdown as Europe becomes the new epicentre of the outbreak.

The Fed on Sunday slashed borrowing costs to almost zero -- its second emergency cut in less than two weeks -- and unveiled a massive asset-buying programme, similar to measures put into place during the global financial crisis.

New Zealand's central bank on Monday followed suit by dropping rates to record lows in an attempt to cushion the economic blow, while the People's Bank of China has injected vast sums into financial markets to ease liquidity worries.

But traders were left unimpressed, with the virus showing no sign of letting up, while the head of the World Health Organization chief Tedros Adhanom Ghebreyesus said it was impossible to tell when it would peak globally.

Hong Kong fell 2.5 percent and Singapore a similar amount, with Seoul and Taipei around one percent down.

- Anything left in the tank? -

Shanghai dropped 0.8 percent after the release of the industrial production data. Tokyo ended the morning slightly higher, supported by expectations the Bank of Japan will announce its own policy support measures.

The broad retreat follows a tumultuous week that saw some stock markets suffer their worst days in decades and in some cases their worst ever.

And experts said there was a concern that the Fed might be running on empty with regards to further action.

Sunday's move "raises the question of whether the Fed has anything left in the tank should the spread of the virus not be contained", said Kerry Craig at JP Morgan Asset Management.

"With little economic data to go on it's not clear just how deep the economic impact will be. Our view is that the drag on the services sector from social distancing policies and shock from the fall of the oil price on the energy sector will be enough to tip the US into recession, but not necessarily a long one."

The unease has seen futures on Wall Street tumble around five percent.

And AxiCorp's Stephen Innes added: "The biggest concern has to be that the big G7 central banks have exhausted their policy tool kit, especially the biggest and most influential one of them all, the Fed.

"The markets now appear kind of defenceless to another selling onslaught, so the fiscal step is crucial in avoiding a dreaded global credit event."

On currency markets the dollar dropped against the yen after the Fed rate cut, though the greenback was up against higher-yielding, riskier assets such as the Australian dollar and Thai baht.

Oil dropped again, hit by a price war between major producers Saudi Arabia and Russia adding to demand concerns caused by the virus.