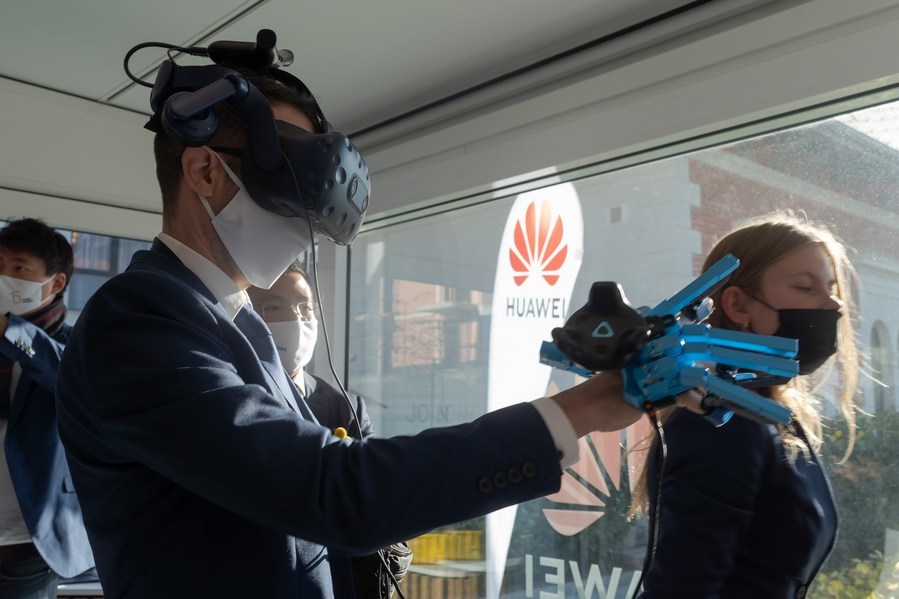 A guest tries a Huawei product during an event marking the 15th anniversary of operation of Huawei Technologies Hungary Kft in Budapest, Hungary, Oct. 20, 2020. (Photos: Xinhua)

In the messages unveiled by local newspaper Dagens Nyheter, Ericsson CEO said Ericsson would leave Sweden if the authorities continue to hold the ban on Huawei and ZTE.

STOCKHOLM, Jan. 3 (Xinhua) -- Borje Ekholm, Chief Executive Officer (CEO) of Swedish telecom giant Ericsson, has been lobbying the Swedish government to repeal a ban that prohibits Huawei and ZTE from participating in the country's 5G construction, according to local newspaper Dagens Nyheter.

In a series of text messages to Swedish Foreign Trade Minister Anna Hallberg, the CEO has urged a review of the ban by the Swedish Post and Telecommunication Administration, which requires operators to withdraw the Chinese companies from local 5G infrastructure by January 2025. 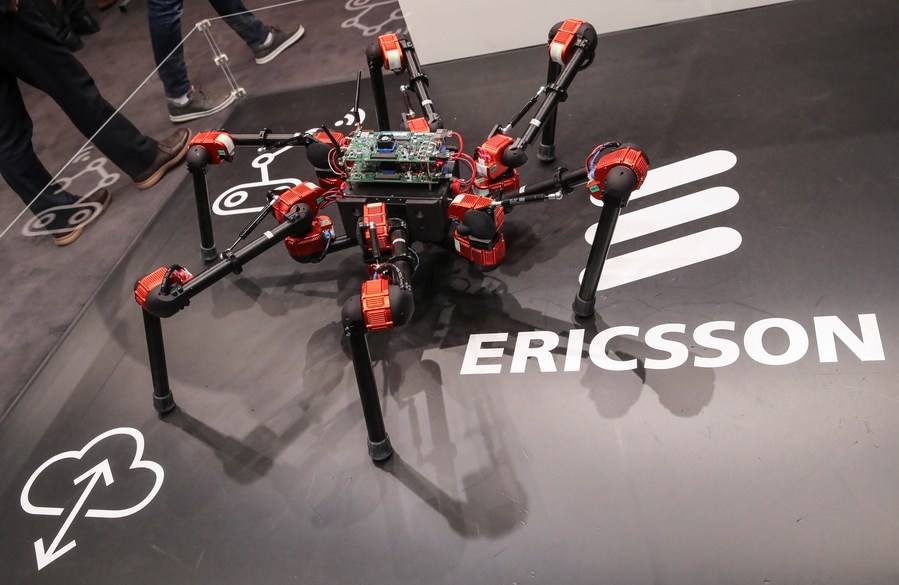 A robotic "dancing spider" utilizing 5G network is displayed at the booth of Ericsson during the 2019 Hanover Fair in Hanover, Germany, April 2, 2019. (Xinhua)

In the messages unveiled by the newspaper, Ekholm said Ericsson would leave Sweden if the authorities continue to hold the ban on Huawei and ZTE.

Jacob Wallenberg, deputy chair of Ericsson's board of directors, also said "stopping Huawei is definitely not good" in an interview with the newspaper in late December last year.

However, Hallberg told Dagens Nyheter that she would not interfere in the decisions related to the ban, adding that she did not meet with Ekholm.