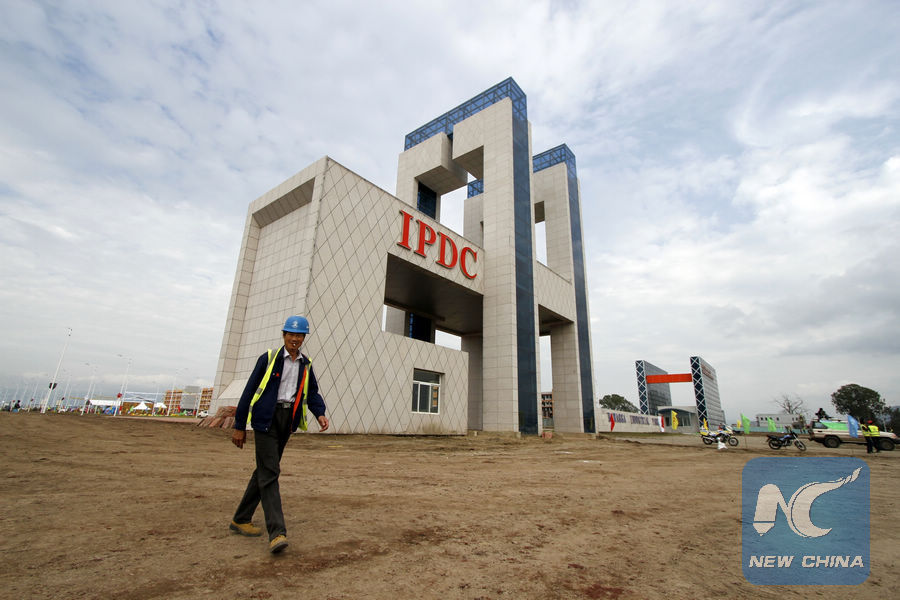 Mekuria said despite limited availability of foreign currency, insufficient provision of social services and instability that affected parts of Ethiopia since 2016, the construction of Chinese built industrial parks have largely been going according to plan.

"Arerti Industrial Park will be special as it will produce building materials and ceramics once commissioned by November, while Adama Industrial Park has already attracted an investment of 1 billion U.S. dollars for sheep woolen factory which will be built once the industrial park is commissioned," he said.

EIC also plans to start construction for Ayisha Industrial Park in current Ethiopian fiscal Year 2018/19, located near the Djibouti port in part to ease logistics cost for goods being transported from landlocked Ethiopia to Djibouti port for exports.

"We're encouraging companies like CCCC and CCECC to build their own manufacturing focused industrial parks to achieve our goals of having 30 industrial parks by 2025 and creating job opportunities for 200,000 people annually," said Mekuria.

Ethiopia also plans to increase the manufacturing share of the country's GDP from the current 5 percent to 20 percent by 2025, as part of plans to become an industrialized middle income economy by 2025.