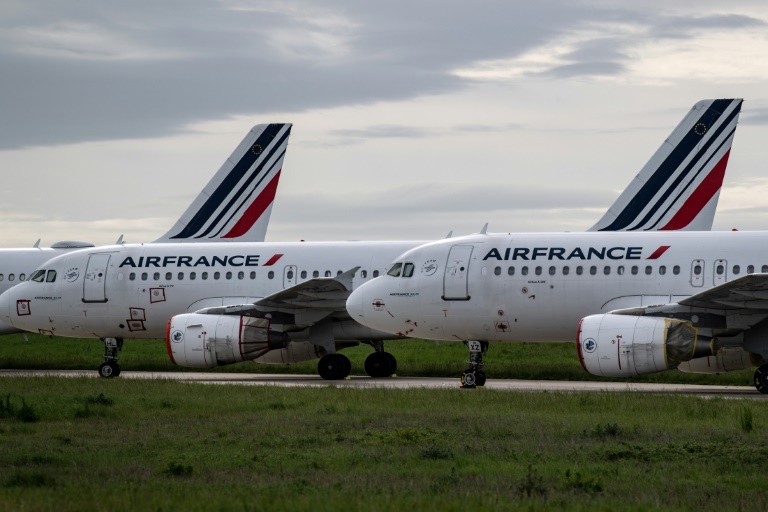 Air France has suffered a significant reduction of its services amid the coronavirus crisis. (Photo: AFP)

The European Commission on Monday gave the green light to 7.0 billion euros ($7.7 billion) in French state aid to national carrier Air France to cushion the economic fallout from the coronavirus pandemic.

"The European Commission has approved, under EU State aid rules, a €7 billion French aid measure consisting of a state guarantee on loans and a shareholder loan to Air France to provide urgent liquidity to the company in the context of the coronavirus outbreak," EU competition commissioner Margrethe Vestager said in a statement.

The EU's executive body, the bloc's competition watchdog, loosened its rules on state subsidies in mid-March to make it easier for member countries to come to the aid of companies in financial difficulty as a result of the COVID-19 pandemic.

In the case of Air France, the aid consists of 4.0 billion euros in bank loans, 90-percent guaranteed by the state, and 3.0 billion euros in direct state loans in return for which the airline has committed to improving its profitability and reducing its greenhouse gas emissions.

"France has demonstrated that all other potential means to obtain liquidity on the markets have already been explored and exhausted," the Commission said.

"In the absence of the public support, Air France would likely face the risk of bankruptcy due to the sudden erosion of its business. This would likely cause severe harm to the French economy," it said.

As a result of the imposition of travel restrictions introduced by France and by many destination countries to limit the spread of the coronavirus, Air France has suffered a significant reduction of its services, which resulted in high operating losses.

France and the Netherlands each hold about 14 percent of the Air France-KLM group.

The Dutch government, for its part, plans to give 2.0-4.0 billion euros state aid to KLM in the form of loans and guarantees.