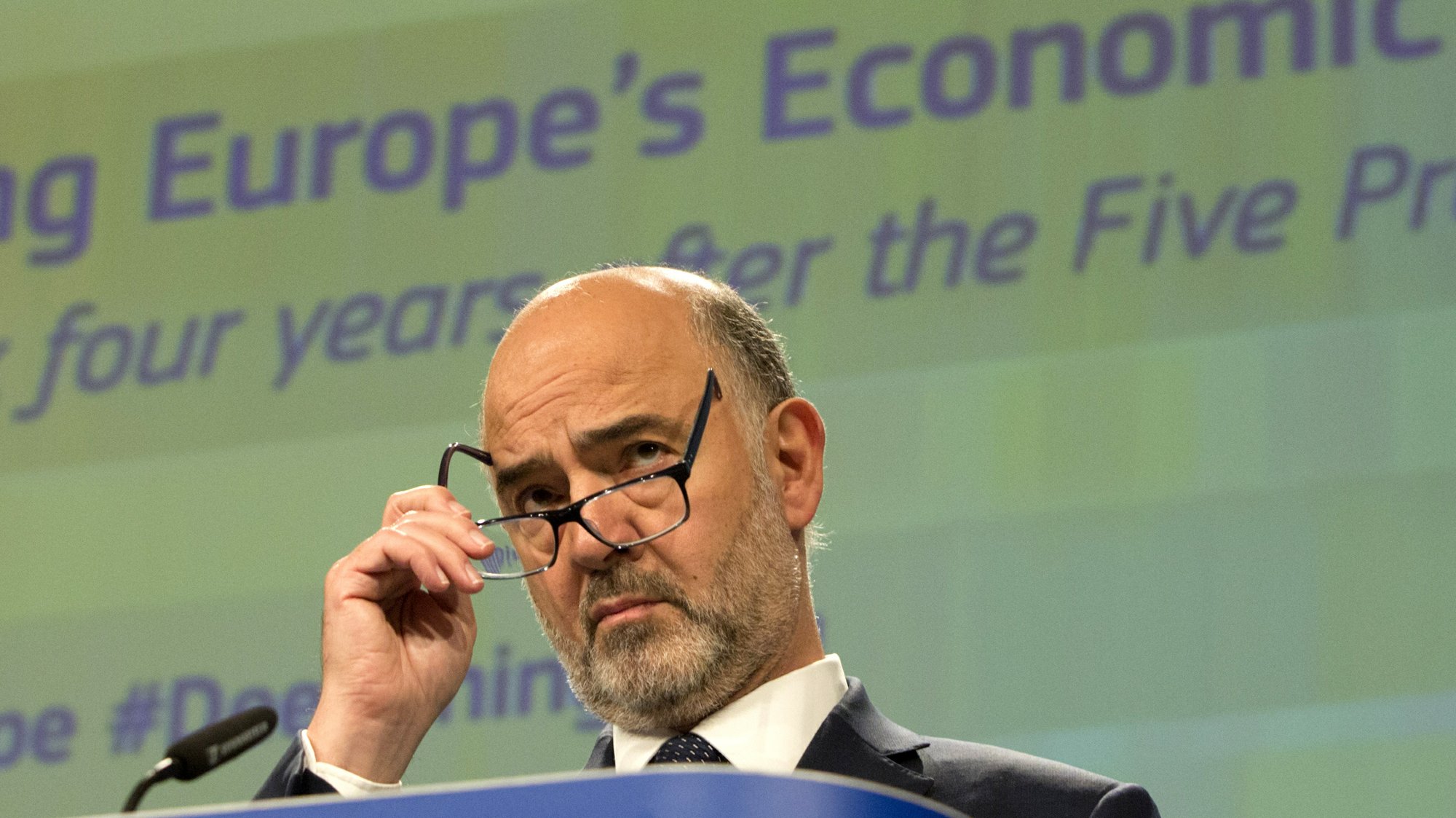 Europe’s economy commissioner on Wednesday urged the Italian government to quickly provide any new information it might have to explain its high debt levels or face the prospect of imminent legal action.

Pierre Moscovici told reporters that “we stand ready to take into account any new elements that Italy may put forward, but let’s not waste time.”

“The ball is in Italy’s court,” he said.

The European Commission, which supervises budget plans in the 28 member states, says that Italy’s public debt stood at 132.2% of GDP in 2018, far above the EU’s 60% limit. Debt is forecast to rise to 135% this year.

Moscovici said the commission is “committed to an intelligent and flexible application of our fiscal rules,” but he added that “no one should be in doubt that we will apply those rules if the criteria are not fulfilled.”

The commission believes an “excessive deficit procedure” should be launched against Italy, and the EU’s financial economics committee agrees that action is warranted. EU member states must agree for it to happen, and Moscovici expects eurozone countries to back the commission’s findings at a finance ministers’ meeting Thursday.

Italy could face billions of euros (dollars) in fines, although that is unlikely.

The threat of action comes at a time of rising tensions between Brussels and the Italian government, in particular Deputy Premier Matteo Salvini, who has been emboldened by his right-wing League party’s strong gains in the May EU elections.

Italy’s debt load is the second-highest in Europe, after Greece. Many fear new financial turmoil in Europe should Italy lose control of spending, but the government in Rome says it must spend more to jumpstart growth after years of austerity.

“Italy’s debt ratio is one of the highest in the world,” Moscovici said, and noted that debt servicing alone was equivalent to about 1,000 euros ($1,132) a year for every Italian citizen.

“The high debt is a major vulnerability for the economy and it’s in Italy’s interest to tackle this,” he said.

In Rome, Italian Premier Giuseppe Conte led a huddle early Wednesday over the looming possibility of EU disciplinary action. He conferred with his two populist deputy premiers, Salvini and Luigi Di Maio, joined by Economy Minister Giovanni Tria, who has been trying to satisfy the EU and defend his government’s agenda.

Speaking on a video on his Facebook feed, he said the commission was “delegitimized by the vote of millions of Europeans,” and that Brussels “can’t take decisions or impose choices or sanctions on governments and peoples.”

He said the government wants to dialogue with Europe “as equals and with equal dignity.” Salvini denied the government would take unpopular debt-fighting measures like taxing Italians’ savings. Instead he pushed for broader tax amnesties, which he prefers to call “fiscal peace” initiatives aimed at raking in revenues.

The Italian prime minister sounded a somewhat optimistic note. Conte suggested the country would be able to “reduce the debt in a manner that perhaps not even we expected” due to having “more than we had prudently estimated.” He didn’t go into details.

Conte said he would write to EU institutions to convey that Italy wants to respect the stability and growth pact. On the other hand, he said he also would make plain “it’s the moment to face and update the EU rules.”

At an event in Rome, the economy minister argued it was in the interests of both Brussels and Rome to reach a compromise.