The European Union's investment arm said Thursday it will stop funding fossil fuel projects from 2022 as part of a new strategy aimed at fighting climate change, in a decision environmental campaigners hailed as a "significant victory". 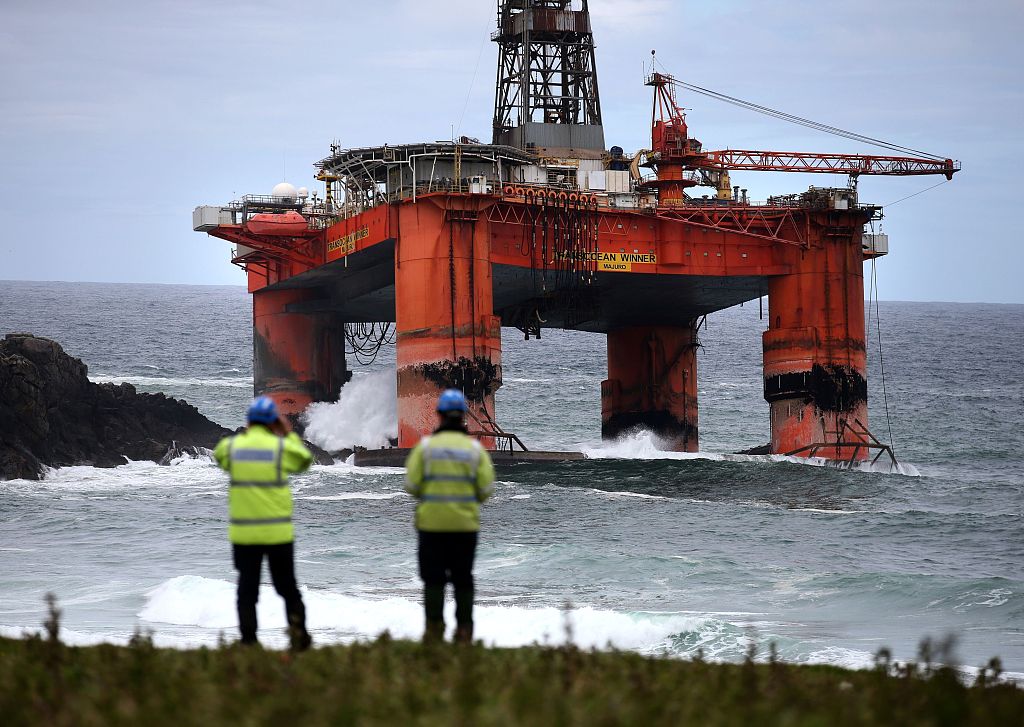 The European Investment Bank, the world's largest multilateral lender, had been criticised by climate groups for funding gas projects that potentially threatened the EU's commitment to the Paris climate goals.

But despite gas proving a potential sticking point, the EIB's board of directors -- composed of state representatives and the European Commission -- approved the new energy policy on Thursday.

"We will stop financing fossil fuels, and we will launch the most ambitious climate investment strategy of any public financial institution anywhere," EIB President Werner Hoyer said in a statement.

The EIB said the new energy plan would also "unlock" one trillion euros ($1.1 trillion) of climate action and environmentally sustainable investment over the next decade.

The decision comes after European Commission president-elect Ursula von der Leyen called for the EIB to turn into a "Climate Bank".

French Economy Minister Bruno Le Maire said it was "a landmark decision" that confirmed the EU had "financial means to match its climate ambitions".

"Today's decision is a significant victory for the climate movement," Colin Roche, fossil-free campaigner at Friends of the Earth Europe.

"Finally, the world's largest public bank has bowed to public pressure and recognised that funding for all fossil fuels must end -- and now all other banks, public and private must follow their lead."

Markus Trilling of the Climate Action Network said it was "a clear call for all EU funds to follow suit and rule out all activities that worsen climate change from funding possibilities".

The EIB has been criticised for dragging its feet on gas investments, after providing 2.5 billion euros for fossil fuel projects last year, the bulk of which went towards gas pipelines.

Andrew McDowell, EIB vice president in charge of energy, said that the decision came after the lender's "largest ever public consultation".

"This is aligning our energy-lending strategy with the EU policy ambitions, the EU climate and energy targets by 2030 as well as the requirement of the Paris accord," he said in a conference call.

The 2015 Paris climate deal saw the EU join world nations in committing to limit global temperature rises to "well below" two degrees Celsius and to a 1.5C cap if possible.

The bank warned that if temperatures rose above the Paris goals there would be "disastrous consequences", and "large portions of our planet will become uninhabitable".

McDowell said that by 2025 half of all EIB investments would be dedicated to climate action.

However, not all environmental groups were overjoyed.

Greenpeace sounded a note of caution, saying the gas infrastructure built up to 2022 would be operational until mid-century.

"While the new policy means the EU will largely end support for coal and oil, the continued funding of projects like gas pipelines until 2021, and the modernisation of existing fossil fuel infrastructure beyond 2021 threatens the EU's climate commitments," Greenpeace said in a statement.

Under the EIB's new policy, projects from 2022 will have to show they will emit less than 250 grams of carbon dioxide for every one kilowatt hour of energy they produce.

The EIB said conventional gas projects cannot achieve this -- new green technologies or carbon capture and storage would be needed.

However Greenpeace disagreed, saying the 250-gram emissions threshold was too high -- a "loophole" that could "act as a backdoor to keep old gas infrastructure in operation".

Nineteen EU member states including France and Germany voted for the new policy, according to Greenpeace and the World Wildlife Fund (WWF).

But three countries -- Poland, Romania and Hungary -- voted against, wanting more flexibility for gas funding, as did Estonia, Lithuania, Cyprus and Malta, which abstained.

Austria and Luxembourg also abstained, objecting to nuclear power being eligible for funding under the new policy, Greenpeace and the WWF said.

The European Commission said it supported the new policy, and it voted in favour.