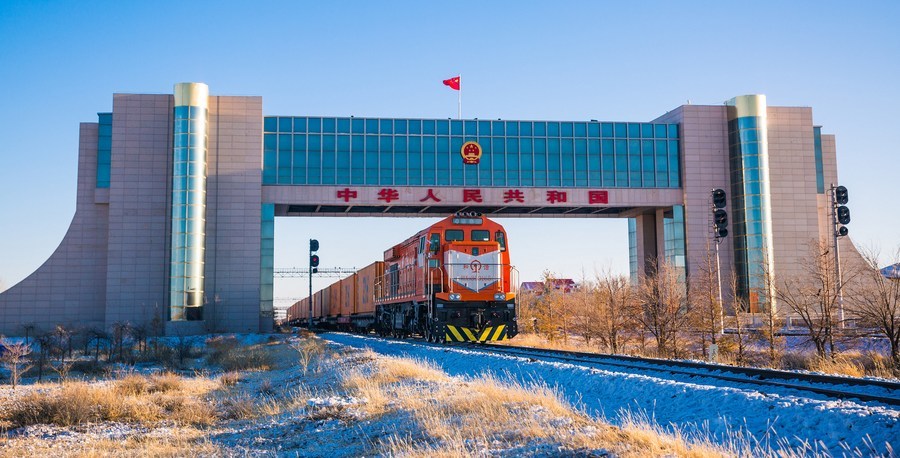 ROME, March 2 (Xinhua) -- As an ambitious geographical indications agreement between the European Union (EU) and China took effect on Monday, analysts said the deal can be a win-win situation for both sides, given that it is the first step toward protecting an even wider array of goods.

The landmark agreement on geographical indications (GIs) between the EU and China protects and guarantees the authenticity of 100 GIs from each side.

GI sign is used to show the specific geographical origin of a product and identify its qualities or reputation due to that origin. It is an important type of intellectual property right and a quality guarantee.

As a result of the deal, the total number of EU GIs protected in China increased to 134 while Chinese GIs that are officially protected in the EU were up to 110.

The European products covered by the agreement range from 52 types of wine, 13 kinds of cheese, and various types of fruits, cured meats, and spirits, while Chinese products protected includes 28 kinds of tea and a wide range of agricultural products including specific types of apples, mushrooms, rice, honey and Goji berries.

"This agreement is so important because it takes a new step, recognizing that there are key exports on both sides that need to be protected against misuse and copying," Lorenzo Castellani, a political scientist with Rome's LUISS University, told Xinhua.

"This is a further step which testifies to the will of the European Union and China to work closely together," said Rodolphe Lameyse, chief executive officer of Vinexposium, a wine and spirits events organizer.

"It will provide new impetus to China-EU economic and trade cooperation and be conducive to cementing the foundation, economic- and trade-wise, of China-EU comprehensive strategic partnership," he noted.

Of the 100 European Union products protected by the agreement, 26 come from Italy -- more than from any other European Union member states. Among the Italian products listed in the agreement are mozzarella and parmesan cheese, Brunello and Barbaresco wine, San Daniele and Prosciutto cured meats, and grappa, a high-alcohol spirit.

"This is just a start, focusing mostly on products related to gastronomic excellence on both sides," Italian scholar Castellani said, predicting a wider expansion.

In his opinion, it will ultimately grow far beyond current levels to cover industrial products including vehicles and aerospace equipment.

According to the agreement, the scope of the document will expand to cover an additional 175 GIs from each side by 2024.

But Rolando Manfredi, head of quality management for Coldiretti, Italy's largest agricultural union, said he hopes it will eventually be expanded far beyond even that level for 2024.

"There are 8,000 geographically protected products in Italy alone, which means this agreement protects just 3 percent of them," he said. "I would like to see the list expand to include more and more of these products."

Their aspiration highlights the potential of win-win cooperation between the EU and China and also reflects the impetus of existing EU-China relations.

Last year, China surpassed the United States to become the EU's largest trading partner. The Chinese Ministry of Commerce data showed that China has been the bloc's top source of imports and its second-largest export market, with the bilateral trade volume reaching 649.5 billion U.S. dollars in 2020.

According to EU data, the bloc's exports to China rose 2.2 percent last year compared to 2019, while imports from China grew 5.6 percent. That took place when the EU exports to the rest of the world shrank by 9.4 percent and imports fell by 11.6 percent in 2020 amid the global economic slowdown sparked by the coronavirus pandemic.