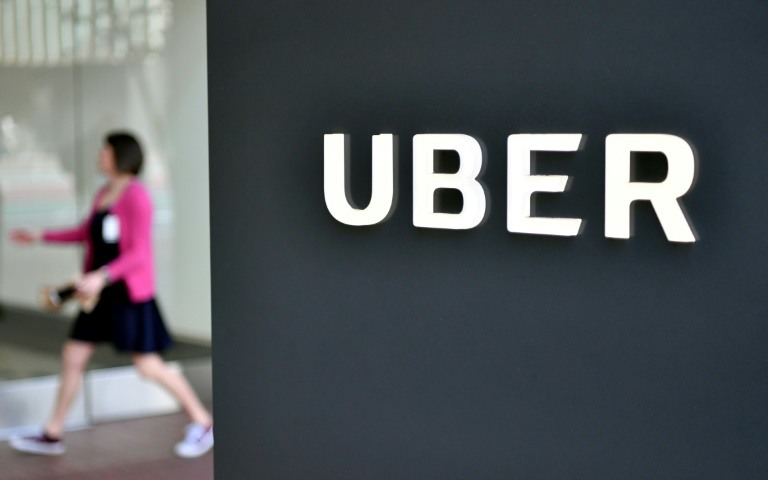 Uber has run into huge opposition from taxi companies and other competitors who accuse it of dodging costly regulations (Photo: AFP)

The EU's top court on Tuesday backed the right of member states like France to ban a service by ridesharing firm Uber without notifying Brussels, in a fresh setback to the US giant.

The European Court of Justice ruled in favour of France's ban of the UberPop service, which links amateur drivers with customers, comparing it to a December decision backing traditional taxi firms in the Spanish city of Barcelona.

"Member States may prohibit and punish, as a matter of criminal law, the illegal exercise of transport activities in the context of the UberPop service, without notifying the Commission in advance," the European Court of Justice ruled.

The European Commission is the 28-nation European Union executive, which tries to set digital and other policies across the bloc.

Uber France is facing criminal proceedings in a court in the northern French city of Lille for its UberPop service.

It argues that member states like France were required to notify the European Commission about the criminal legislation under which the case was brought because it concerned a technical regulation of an information society service.

But the court of justice said the French case resembled one it ruled on in December when it classified Uber as an ordinary transportation company instead of an app and should be regulated as such.

"In the Court's view, the UberPop service offered in France is essentially identical to the service provided in Spain," the court of justice statement said.

The case was brought by a taxi drivers' association in Barcelona, where belief runs high that Uber is a taxi company that should be subject to rules governing such vehicles.

Uber, the biggest name in the growing gig economy, claims it is a mere service provider, connecting consumers with drivers in more than 600 cities.

Uber has run into huge opposition from taxi companies and other competitors who say this allows it to dodge costly regulations such as training and licensing requirements for drivers and vehicles.