The European Commission cut its eurozone growth forecast for 2019 on Tuesday, with overspending by populist-run Italy again a concern. 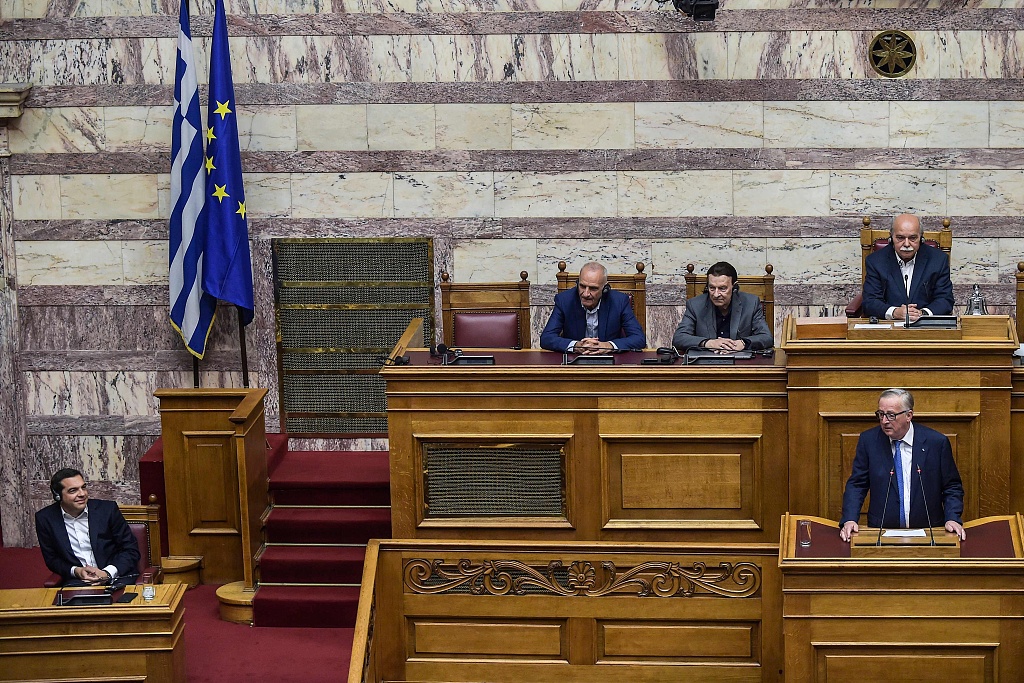 In its quarterly forecast, the EU executive blamed the downward trend on the slowdown in China and US protectionism that has crimped global confidence.

The commission said growth in the 19-nation single currency bloc would hit just 1.2 percent this year, down from the already weak 1.3 percent predicted in February.

Europe should also "stay alert to a possible no-deal Brexit," he added, with negotiations on the EU's divorce with the UK stalled and no agreement in sight.

The commission said the EU as a whole -- still including Britain -- would grow by 1.4 percent instead of its earlier forecast of 1.5 percent.

The EU also warned that Italy's public debt would balloon to a record 133.7 percent of GDP in 2019, a situation that could reopen a bitter feud between Brussels and Rome about the populist government's spending plans.

Italian debt would grow even further in 2020 to 135.2 percent of GDP, it forecast, well over commitments made to Brussels and more than double the EU's 60 percent limit.

The alarm bell over Italy's debt comes just as the eurozone's third biggest economy returned to slender growth earlier this year after a short downturn.

Last year's technical recession had put pressure on the populist government, which took power in June on the back of big-spending electoral promises.

The health of the German economy is also a worry for the EU as slumping demand for foreign cars in China takes a toll on Europe's export powerhouse.

Among the other large EU economies, Poland and Spain are projected to out-perform their neighbours, with real GDP growth rates above the EU average in both 2019 and 2020.

Belgium, Spain, France and Italy are to commit significant public overspending in 2019, with debt levels close to or above 100 percent of GDP, the EU said.