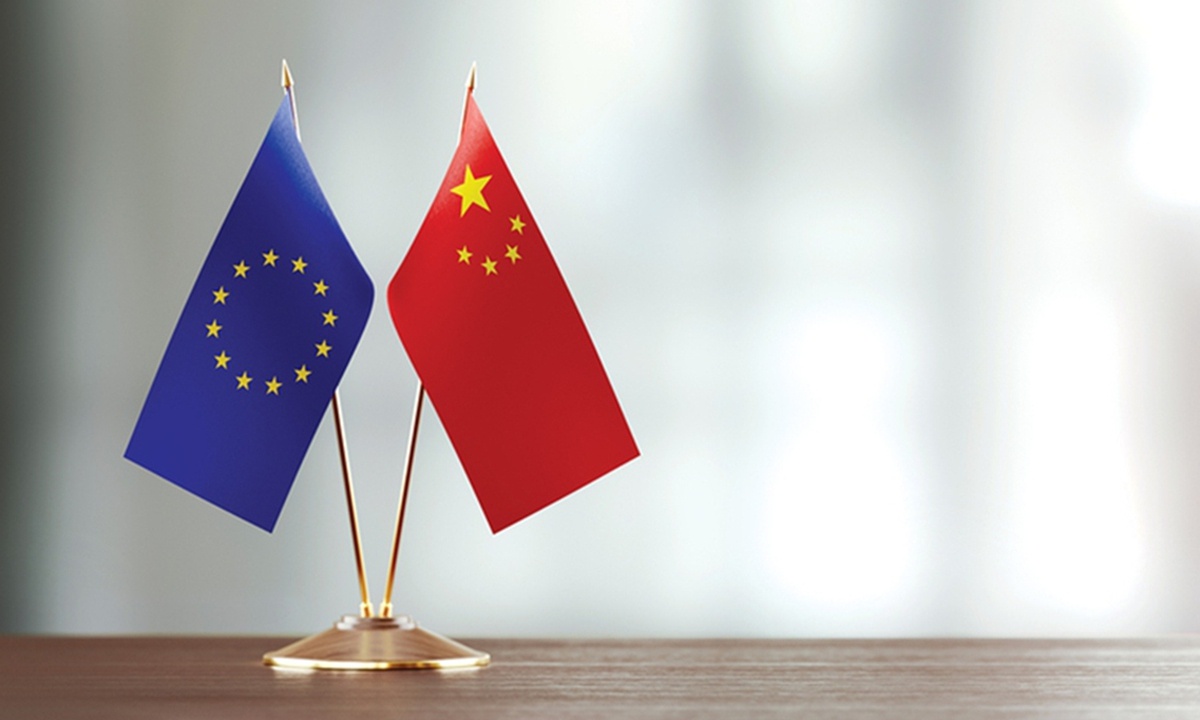 The mega investment treaty between China and the EU may legally come into force next year, regional affairs observers said Saturday, expecting a painstaking ratification effort to clear some roadblocks along the way.

Describing the conclusion of the seven-year negotiations over the China-EU Comprehensive Agreement on Investment (CAI) at the end of last year as one of the biggest milestones in bilateral ties, Eddie Chen, managing director and head of China and Asia Eurazeo, one of the oldest private equity firms in Europe with over 140 years of existence, said the deal announcement delivers a big message to the world including that "we look forward to enlarged globalization and international cooperation."

The next step will be pushing for the deal to be legally binding, meaning it has to be approved by China as well as the 27 EU member countries unanimously, Chen, formerly a senior official with the United Nations Development Program in New York, said in an interview with the Global Times on the sidelines of the China Development Forum 2021.

The annual high-level event hosted by the Development Research Center of the State Council, China's cabinet, offer both in-person and online components at the Diaoyutai State Guesthouse in Beijing from Saturday to Monday.

Nonetheless, "we all know it's gonna be tough," he stated, citing a wavering stance by some EU member states and the repercussions of China-US tensions on the CAI deal.

Also, "tons of work" is required to define all the legal terms for the sectors covered by the treaty, initially for four sectors - automobiles, healthcare, financial services and cloud computing, according to Chen, "it's less likely to be completed within this year, but to be finalized next year."

Speaking at a panel discussion of the forum, Li Daokui, director of the Institute for China's Economic Practice and Thinking at Tsinghua University, said the CAI deal seems under a "slight risk" in regards to getting passed by the EU parliament, but he hopes for it to be ultimately signed.

With the CAI lowering entry barriers for EU businesses exploring opportunities in the Chinese market, particularly in sectors such as healthcare and financial services, the EU is essentially motivated to set the investment treaty in motion, he reckoned, noting the deal would help funnel Chinese investment into the EU market as well.

Upon the deal's signature, expected next year, Eurazeo, exemplifying intense European business interest in China, will commit to more investment in the Chinese market, the China head disclosed.

The Eurazeo China Acceleration Fund, created in 2020 to support Eurazeo's investments in French and European firms that are active in high-growth sectors in China, has invested in three companies in six months.

It wont' be a problem for China to ratify the CAI deal but for it to be approved by every one of the 27 member states, it can sometimes be a lengthy iterative process, "but it will go through and hopefully conclude under the French presidency of the EU," Denis Depoux, global managing director of Roland Berger, told the Global Times on the sidelines of the CDF.

Depoux expects the deal to be up for ratification next year and implemented afterward.

While the differing attitudes toward the deal signify a usual European negotiation on anything, a way Europe works, there is a common general interest, which is relatively well recognized to move forward with the CAI deal, also in the parliament, he remarked.

With the CAI creating a better framework, for instance, removing equity caps in the automotive sector and granting EU businesses access to Chinese manufacturing, renewable energy, among other sectors, there is a lot more room for European investment in China over the 14th Five-Year Plan (2021-25), said Depoux, a seasoned Chinese market observer.

He also cited China's ambitious decarbonization objective as an opportunity for European companies as the continent has been at the forefront of the fight against climate change and has learned some hard lessons about carbon trading and how to make it impactful.

Regarding the China-US rift, as shown by the exchange of sharp remarks at the just-concluded Alaska talks, Eurazeo's Chen said the two sides are still trying to seek out common ground, albeit having to wade through some controversial discussions.

The CAI addresses very concrete issues that the US also has with China and if the EU manages to get the deal done, it would appeal to the US also, according to Depoux, stressing however that doesn't mean Europe should have waited for the US government to conclude something bigger, or it has to be jointly negotiated by the US and Europe.

"It's a good thing Europe is taking its destiny into its own hands, concluding something with China, with strong European momentum."

Saying that he will not overestimate the importance of what happened in the last few days, Depoux remarked it's good to talk even though these discussions are not easy, citing US tariffs, sanctions on companies, its entity list and restrictions on the use of US technologies.

"It will probably take several rounds, but it's good to talk," he pointed out, considering the Alaska talks as putting in place a platform to bring more predictability.

Most likely there will be de-escalation measures, although it doesn't mean that all the sanctions will go away overnight, he went on to say, adding that "the best is that politics remains outside of business and that business can go on."