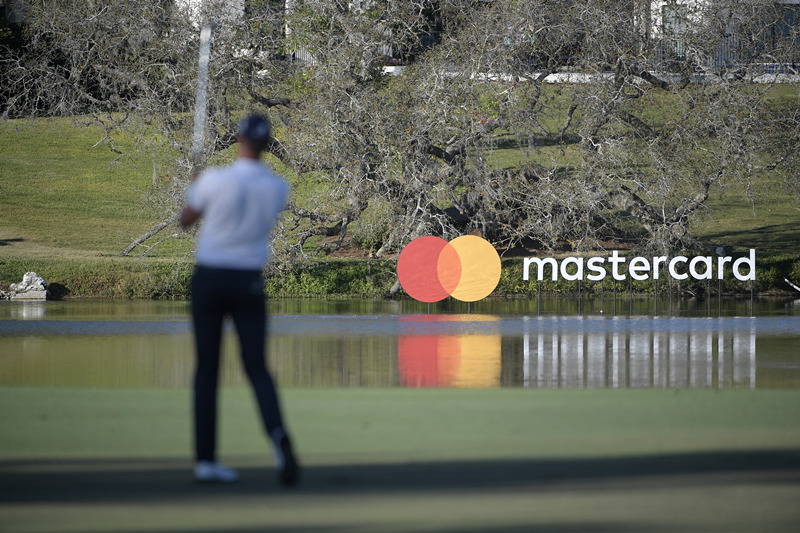 A Mastercard sign floats in a lake as Henrik Stenson, of Sweden, hits from the 18th fairway during the third round of the Arnold Palmer Invitational golf tournament Saturday, March 17, 2018, in Orlando, Fla. (Photo: AP)