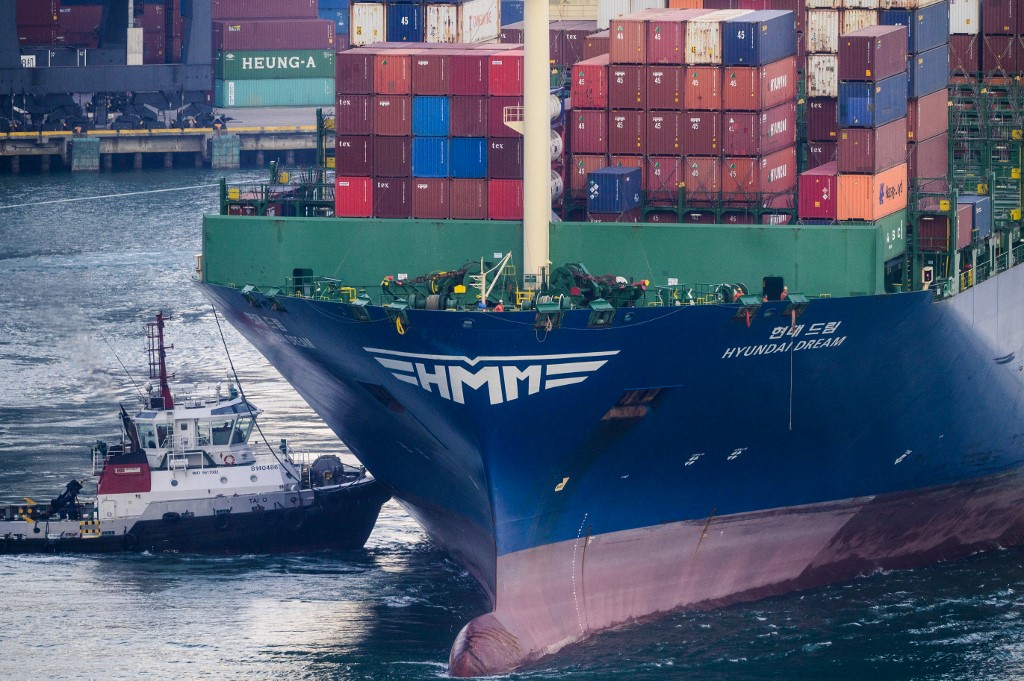 The EU on Thursday blocked the merger of two South Korean ship-making giants over concerns the deal would restrict the supply of large liquefied gas carriers. (Photo: AFP)

The European Union on Thursday rejected the merger between South Korean shipbuilders Hyundai and Daewoo, saying a union between two of the world's biggest players in the industry would have given the combined company a global stranglehold on the production of liquified natural gas carriers.

EU Competition Commissioner Margrethe Vestager says the merger would have led to "fewer suppliers and higher prices for large vessels transporting LNG." European customers account for almost half the orders in the $45 billion market.

"We prohibited the merger," Vestager said, arguing that LNG shipbuilding was such a complicated process that it was already difficult for new players to enter the market.

While Vestager's office is powerful in vetting such mergers and ensuring European consumers are not hurt by dominant market forces, it was only the 10th merger that it has blocked in the past decade among 3,000 requests for approval.

Under EU rules, the European Commission can reject mergers even outside its borders because they would affect markets in the 27-nation bloc if the companies do business there. In the case of the LNG carriers, the new company would have a massive stake in the European markets. To move forward, the two companies would put themselves outside of EU law.