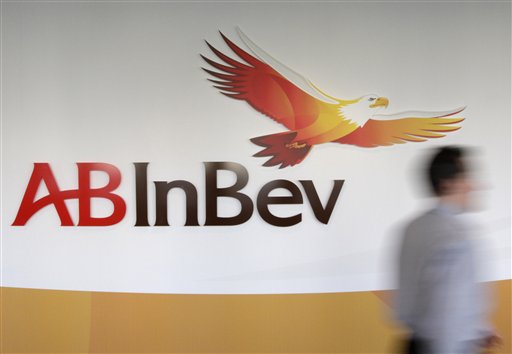 The Commission said in a Monday statement that the fine, in the exact amount of 200,409,000 euros, is related to AB InBev's restriction of cross-border sales of its popular beer.

Margrethe Vestager, the EU Commissioner in charge of competition policy, said: "Consumers in Belgium have been paying more for their favorite beer because of AB InBev's deliberate strategy to restrict cross border sales between the Netherlands and Belgium. Attempts by dominant companies to carve up the (European) Single Market to maintain high prices are illegal."

AB InBev's most popular beer brand in Belgium is Jupiler. AB InBev also sells Jupiler beer in other EU Member States, including the Netherlands and France.

The anti-trust violations include changing the packaging of some of its Jupiler beer products supplied to retailers and wholesalers in the Netherlands to make these products harder to sell in Belgium, notably by removing the French version of mandatory information from the label, as well as changing the design and size of beer cans.

As a result, the European Commission concluded that AB InBev abused its dominant position from Feb. 9 of 2009 until Oct. 31 of 2016 in breach of EU antitrust rules and deprived European consumers of one of the core benefits of the European Single Market, namely the possibility to have more choice and get a better deal when shopping.

The European Commission added that "AB InBev has cooperated with the Commission beyond its legal obligation" to correct the wrongdoing, for which the Commission granted a 15-percent fine reduction in return.