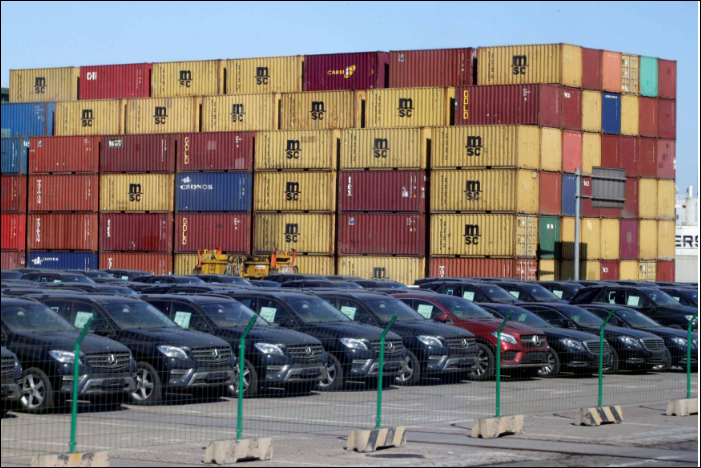 The Trump administration on Thursday came under withering criticism from automakers, foreign governments and others as officials consider imposing tariffs of up to 25 percent on imported cars and parts, a levy that could hike vehicle costs, hurting auto sales and industry jobs.

Administration officials and congressional aides say the tariff probe is in part designed to win concessions during ongoing NAFTA renegotiation talks, but note that Trump has told aides he wants to impose tariffs before the congressional elections in November.

The department opened an investigation in May into whether imported autos and parts pose a national security risk and held a hearing on the probe on Thursday, taking testimony from auto trade groups, foreign governments and others.

US Commerce Secretary Wilbur Ross said at the hearing it was “too early” to say if the administration of President Donald Trump would impose the tariffs, even as many automakers and members of Congress think it is a foregone conclusion.

He said the hearing was aimed at “whether government action is required to assure the viability of US domestic production.”

Canada’s deputy ambassador to the United States, Kirsten Hillman, told the hearing that imposing tariffs on Canadian imports would be “devastating” to the US auto sector and that Canada would respond in a “proportional manner” if auto tariffs were imposed.

“Canada could not conceivably represent any risk to US national security,” she said.

European Union Ambassador David O’Sullivan said at the hearing that the suggestion that imports of vehicles and parts from the “closest allies” of the United States could pose a security risk was “absurd” and “lacks legitimacy.”

A group representing major automakers told Commerce on Thursday that imposing tariffs of 25 percent on imported cars and parts would raise the price of US vehicles by 83 billion  US dollars annually and cost hundreds of thousands of jobs.

Automakers say there is “no evidence” that auto imports pose a national security risk, and that the tariffs could actually harm US economic security.

They are also facing higher prices after tariffs were imposed on aluminum and steel imports.

The Alliance of Automobile Manufacturers, whose members include General Motors Co, Volkswagen AG and Toyota Motor Corp, warned on the impact of the tariffs.

“Higher auto tariffs will harm American families and workers, along with the economy” and “would raise the price of an imported car nearly 6,000 US dollars and the price of a US-built car 2,000 US dollars,” said Jennifer Thomas, a vice president for the group.

She noted that the US exports more than 100 billion US dollars of autos and parts annually to other countries, while “there is a long list of products that are largely no longer made in the US, including TVs, laptops, cellphones, baseballs, and commercial ships.”

No automaker or parts company has endorsed the tariffs, and they have pointed to near-record sales in recent years.

Jennifer Kelly, the United Auto Workers union research director, noted that US auto production has fallen from 12.8 million vehicles in 2000 to 11.2 million in 2017 as the sector has shed about 400,000 jobs over that period, with many jobs moving to Mexico or other low-wage countries.

“We caution that any rash actions could have unforeseen consequences, including mass layoffs for American workers, but that does not mean we should do nothing,” she said, suggesting “targeted measures.”

A study released by a US auto dealer group warned that the tariffs could cut US auto sales by 2 million vehicles annually and cost more than 117,000 auto dealer jobs, or about 10 percent of the workforce.

Trump has repeatedly suggested he would move quickly to impose tariffs, even before the government launched its probe.

“We said if we don’t negotiate something fair, then we have tremendous retribution, which we don’t want to use, but we have tremendous powers,” Trump said on Wednesday. “We have to - including cars. Cars is the big one. And you know what we’re talking about with respect to cars and tariffs on cars.”

Nazak Nikakhtar, an assistant Commerce secretary, pledged the agency in the coming weeks will “conduct a thorough, fair and transparent investigation,” and will consider the economic arguments made by automakers and others at the hearing before making a final decision.