BUSINESS EU nations back retaliating against US steel tariffs

EU nations back retaliating against US steel tariffs 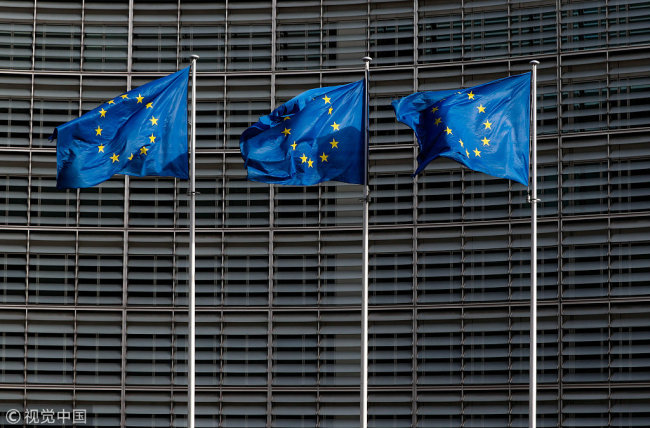 European Union countries on Thursday unanimously backed a plan to impose import duties on 2.8 billion euros ($3.3 billion) worth of US products after Washington hit EU steel and aluminum with tariffs at the start of June, EU sources said.

The measures still need to be adopted by the European Commission, whose next scheduled meeting is June 20. They should be in place by late June or early July.

The European Commission has proposed setting 25-percent duties on US goods such as orange juice, bourbon, jeans, and motorcycles in response to what it is sees as illegal US action affecting 6.4 billion euros of its exports.

US President Donald Trump made steel from the European Union, Canada and Mexico subject to 25-percent tariffs and aluminum to 10 percent at the start of June, ending exemptions that had been in place since March.

Canada has announced it will impose retaliatory tariffs on 16.6 billion Canadian dollars (12.9 billion US dollars) worth of US exports from July 1. Mexico put tariffs on American products ranging from steel to pork and bourbon last week.

Some of the products chosen are designed to target states of senior Republicans who are seeking to retain control of both chambers of Congress in hotly contested November elections.

The European Commission has also launched a legal challenge against the US tariffs at the World Trade Organization. In addition, it is assessing the need for measures to prevent a surge of imports of steel and aluminum into Europe as non-EU exporters divert product initially bound for the United States.

Provisional “safeguard” measures are likely to come in July.