Top European Union officials were going into a meeting with US President Donald Trump on Wednesday warning they are ready to put tariffs on $20 billion of American goods if he puts duties on car imports. 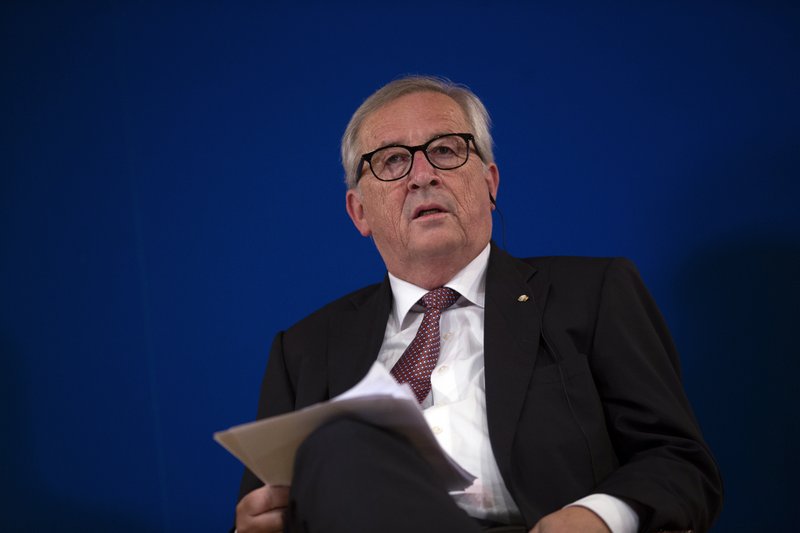 EU Commission President Jean-Claude Juncker and trade chief Cecilia Malmstrom will meet Trump in Washington to try to talk him out of imposing the auto tariffs, which would hurt the industry on both sides of the Atlantic and ratchet up trade tensions significantly.

“The aim of this visit is to cool down the situation and prevent an escalation of the trade conflict,” Malmstrom told Swedish newspaper Dagens Nyheter in an interview.

But she noted that if the US proceeds with the duties, the EU is ready to respond. It will impose new tariffs on a range of US products, including agricultural and high-tech products and machinery.

Trump has repeatedly called the EU - which includes many of the US oldest and most committed allies - an unfair trading partner and even labeled it a “foe.” His administration this year imposed tariffs on steel and aluminum, drawing retaliation from the EU on a series of US goods. But those tariffs covered about $3 billion in goods and would pale in comparison with possible 25 percent tariffs on imports of cars, trucks and auto parts.

It is unclear what Trump’s approach will be in the talks. After tweeting that “Tariffs are the greatest!” he suggested hours later in another post that “both the US and the EU drop all Tariffs, Barriers and Subsidies!”

The EU’s budget chief, Guenther Oettinger, said the EU was prepared to discuss lowering and restructuring all tariffs for all products.

“We want to avoid a further escalation of the trade dispute (into) a trade war,” Oettinger told German broadcaster Deutschlandfunk. “We have good arguments, clear numbers and we have ideas, too.”

“Whether these will help, nobody knows. But not to try, not to fly over there for the meeting, would have been the wrong path.”

Auto tariffs would be particularly painful for Germany, where the industry is huge and has long been the symbol of postwar wealth.

And it is not just Europeans opposing these tariffs, but American companies as well. The duties would increase the cost of many components that American manufacturers import and use in making cars. Ultimately, that will make cars more expensive for US consumers.

EU has a huge stake in the US industry, where European companies produce almost 3 million cars a year, accounting for over a quarter of production in the United States.

The biggest exporter of US-made cars is a German company — BMW, through its plant in Spartanburg, South Carolina.

German producers and supplies employ more than 118,000 people at about 300 plants and manufacture more than 800,000 vehicles per year in the US — with more than half of the cars being exported, according to figures provided by the German automotive industry.