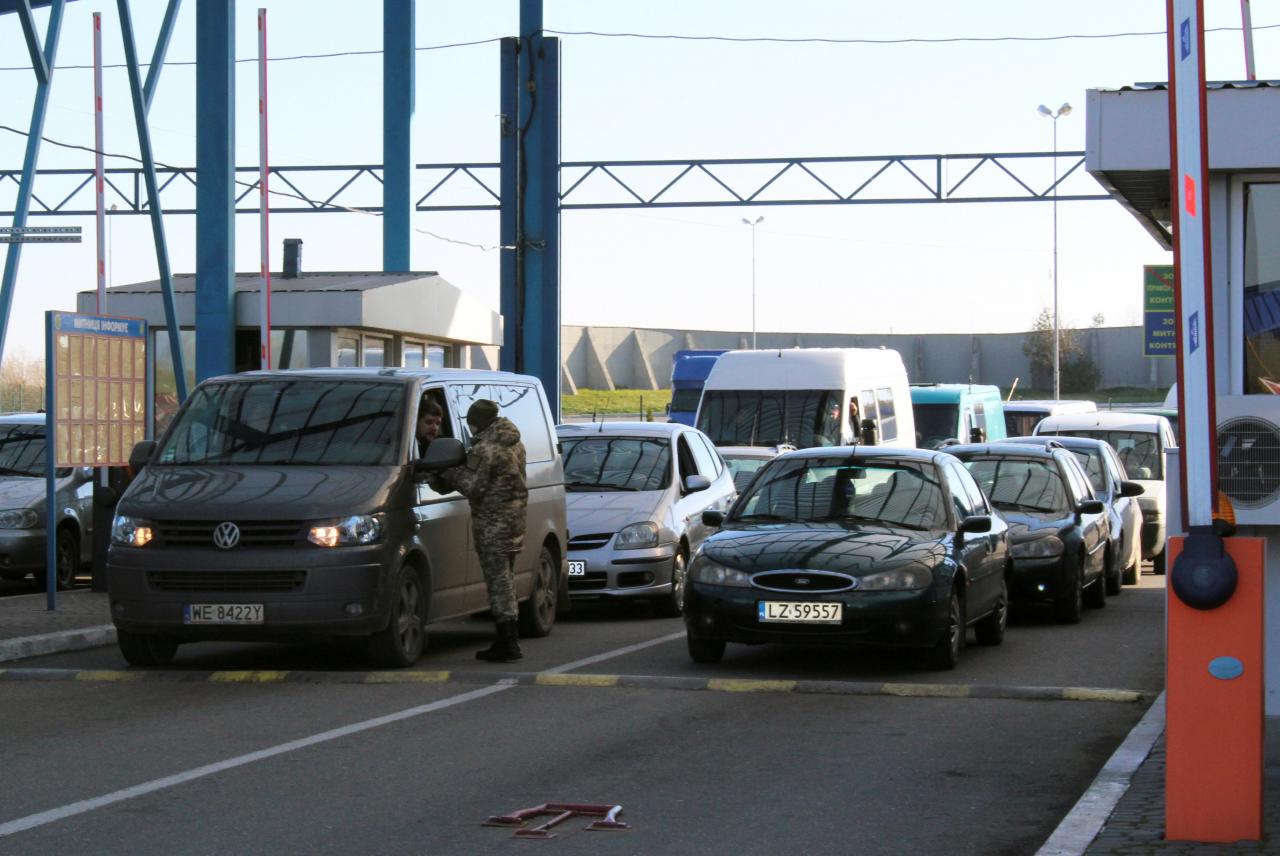 A view shows the checkpoint Rava-Ruska on the border with Poland, in Ukraine November 15, 2017. REUTERS/Staff

The European Union is shutting down a border checkpoint scheme with Ukraine, deepening doubts about Kiev’s ability to deliver reforms in return for billions in European aid.

The project to upgrade six Ukrainian checkpoints on the EU’s eastern frontier was launched in 2014, after Europe backed Kiev’s pro-Western leaders during the Crimean crisis.

The scheme aimed to help integrate Ukraine’s economy with those of its EU neighbors by building or modernizing checkpoints at crossings with Poland, Hungary, Slovakia and Romania. According to the EU, the projects were designed to cut border crossing times and improve customs procedures.

They foundered after a series of delays, missteps and cost overruns involving local officials and contractors, according to internal Ukrainian government correspondence, and correspondence between the European Commission and the Kiev authorities provided by a source at a government body.

In a statement to Reuters, an EU spokesperson said: “Following our assessment we concluded that the projects could not be finalised in time. The 6 projects are now in the process of being closed, and the unspent money reimbursed.”

One senior European diplomat who is involved in dealing with Ukraine said: “There is a certain Ukraine fatigue. People are exasperated by the lack of reform, especially on corruption. Things have stalled.”

But he said the EU would keep supporting the country, which remains fragile four years after Russia annexed Crimea and pro-Moscow separatists launched a rebellion in the east.

As of the end of 2017, none of the six checkpoint projects had been completed, even though the EU was providing 29.2 million euros ($36 million) in funding.

The State Fiscal Service (DFS), the tax and customs authority which oversaw the projects on the Ukraine side, said in a statement that reasons for the delays included staff changes at the service along with the long time taken to issue contract tenders and win approval for changes to plans.

Roman Nasirov, a former DFS head who took over in May 2015, said in an interview that the checkpoints projects had been complicated by the fact that Ukraine could not at times afford the required co-financing. He made the comments to Reuters shortly before he was dismissed on Jan. 31 for reasons unrelated to these projects.

The biggest contract, for two of the checkpoints, was awarded to Energomontazhventiliatsia, a firm that specializes in installing ventilation units and had no track record of winning government construction tenders, according to an online registry of state contracts.

Speaking to Reuters in October, Energomontazhventiliatsia’s finance director Serhiy Romanenko blamed obstructive Ukrainian and EU officials for the failure to complete the two checkpoints on the Romanian border.

“The Dyakivtsi and Krasnoilsk checkpoints are 80-85 percent completed, but as of today we have not received a single penny,” he told Reuters. Energomontazhventiliatsia declined further comment this month.

The DFS said it had not paid Energomontazhventiliatsia because it had not provided the DFS with documents proving that the work had been completed.

Court documents show the ventilation firm filed and lost a lawsuit last year against the DFS for non-payment of money it says is owed for work on the checkpoints. They did not give any reason for the ruling. The DFS confirmed to Reuters that the contractor had lost the suit but gave no further details.