BUSINESS EU to respond to any US auto tariff move

EU to respond to any US auto tariff move

* US conducting probe on auto imports The Mercedes emblem is seen on a vehicle at the New York Auto Show in the Manhattan borough of New York City, New York, US, March 29, 2018. [Photo/Agencies]

PARIS - The European Union will respond to any US move to raise tariffs on cars made in the bloc, a senior European Commission official said, the latest comments in an escalating trade row.

US President Donald Trump on Friday threatened to impose a 20 percent tariff on all imports of EU-assembled cars, a month after his administration launched an investigation into whether auto imports posed a national security threat.

"We don't want to fight (over trade) in public via Twitter. We should end the escalation," he said in the comments published on Saturday.

"If these Tariffs and Barriers are not soon broken down and removed, we will be placing a 20% Tariff on all of their cars coming into the US. Build them here!" Trump tweeted. 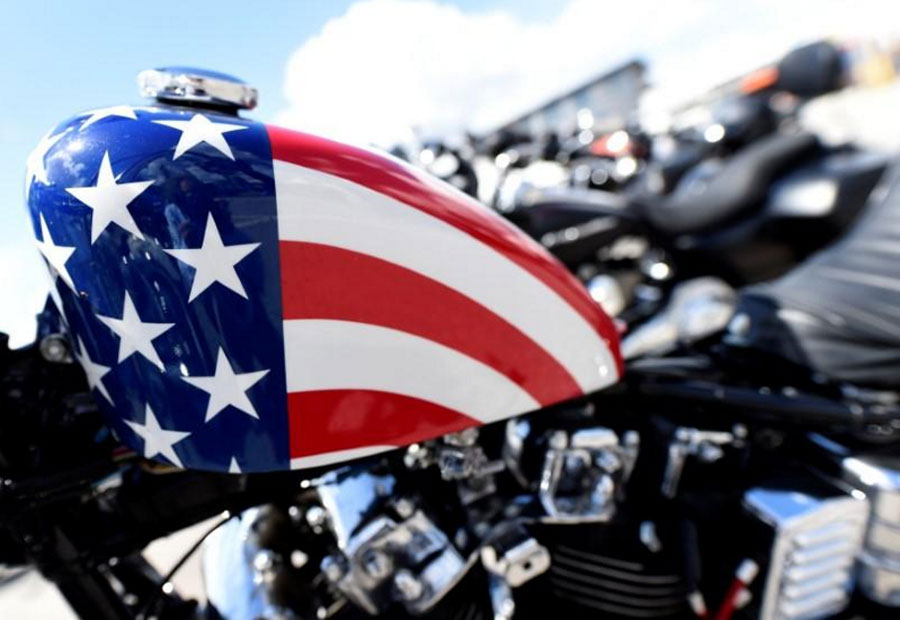 Harley-Davidson bikes are seen at the "Hamburg Harley-Days" in Hamburg, Germany, June 22, 2018. [Photo/Agencies]

The US Commerce Department has a deadline of February 2019 to investigate whether imports of automobiles and auto parts pose a risk to US national security.

US Commerce Secretary Wilbur Ross said on Thursday the department aimed to wrap up the probe by late July or August.

The Commerce Department plans to hold two days of public comments in July on its investigation of auto imports.

Trump has repeatedly singled out German auto imports to the United States for criticism.

Trump told carmakers at a meeting in the White House on May 11 that he was planning to impose tariffs of 20 or 25 percent on some imported vehicles and sharply criticized Germany's automotive trade surplus with the United States.

The tariff proposal has drawn sharp condemnation from Republican lawmakers and business groups. A group representing major US and foreign automakers has said it is "confident that vehicle imports do not pose a national security risk."

The US Chamber of Commerce said US auto production had doubled over the past decade, and said tariffs "would deal a staggering blow to the very industry it purports to protect and would threaten to ignite a global trade war."

German automakers Volkswagen AG, Daimler AG and BMW AG build vehicles at plants in the United States. BMW is one of South Carolina's largest employers, with more than 9,000 workers in the state.