Euro zone banks continued to cut their pile of soured debt in the final quarter of last year, European Central Bank data showed on Monday, working away on a key legacy of the bloc’s debt crisis which has weighed on growth and bank profits. 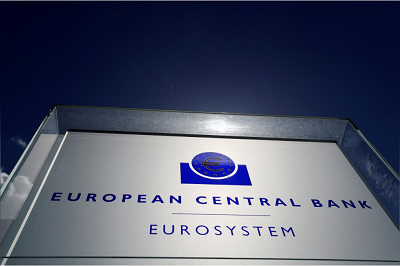 The logo of the European Central Bank (ECB) is pictured outside its headquarters in Frankfurt, Germany, April 26, 2018. Photo: Reuters

Non-performing loans at banks supervised by the ECB fell to 721 billion euros by the end of last year from 759 billion a year earlier with Italy, Spain, Ireland, Portugal and Greece all making progress, the data showed.

Tackling bad debt has been a key priority for the ECB as the massive pile of soured loans, many of them a decade old, keeps banks from lending to the real economy, countering the very stimulus the bank is trying to provide through ultra easy monetary policy.

The ECB has been contemplating even stricter rules on bad debt but may shelve those plans after a political backlash, focusing instead on behind-the-scenes work to push affected lenders to take more decisive action.

The ratio of bad debt for the bloc fell below five percent last years but remains over 10 percent for Italy, Ireland and Portugal while in the case of Greece, it was 45 percent.

The problem is that Europe’s market for soured debt remains illiquid, so selling off large quantities of bad loans is only possible at depressed prices, likely forcing banks to raise capital, a costly exercise given their low valuation.

Some bankers and policymakers argue that with solid growth across the bloc, many of these loans will turn performing again, naturally improving asset quality, so the ECB can afford to go easier on lenders.

Banks in Italy sat on 187 billion euros worth of bad debt at the end of last year, over a quarter of the euro zone’s total, but this is down from 196 billion three months earlier and 248 billion a year ago.