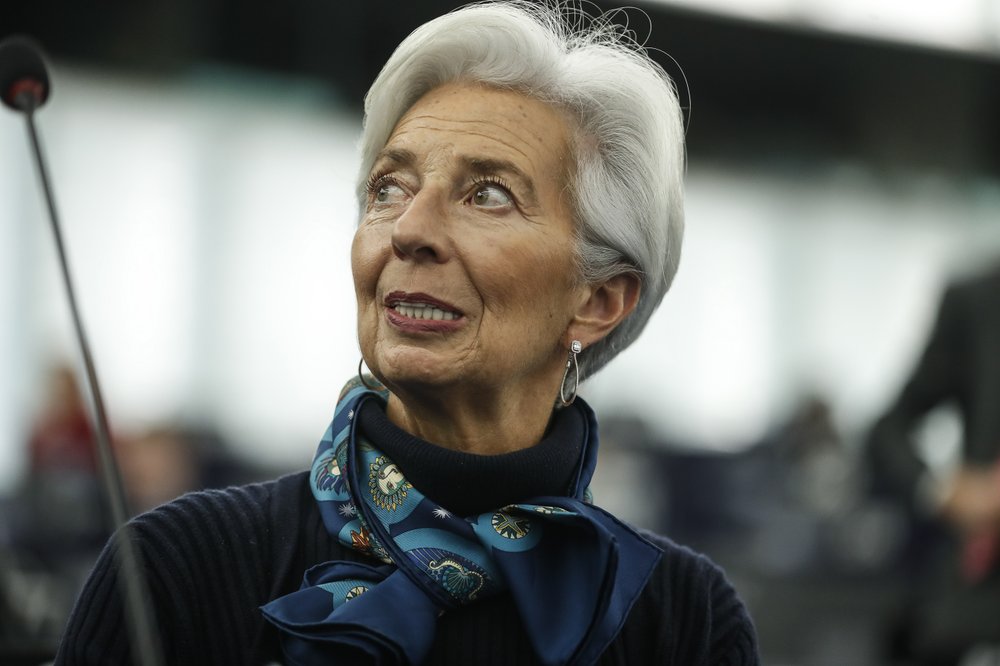 Lagarde said that ““other policy areas... have to play their part” in helping the economy. She warned that monetary policy “cannot, and should not be, the only game in town.”

The remarks in front of the European Parliament on Tuesday played into a debate over the bank’s record low interest rates and money-printing bond purchases, which have been criticized in Germany for their impact on savers and potential role in inflating asset prices.

Lagarde’s answer has been that governments should focus less on balancing budgets or running surpluses and more on pro-growth spending.