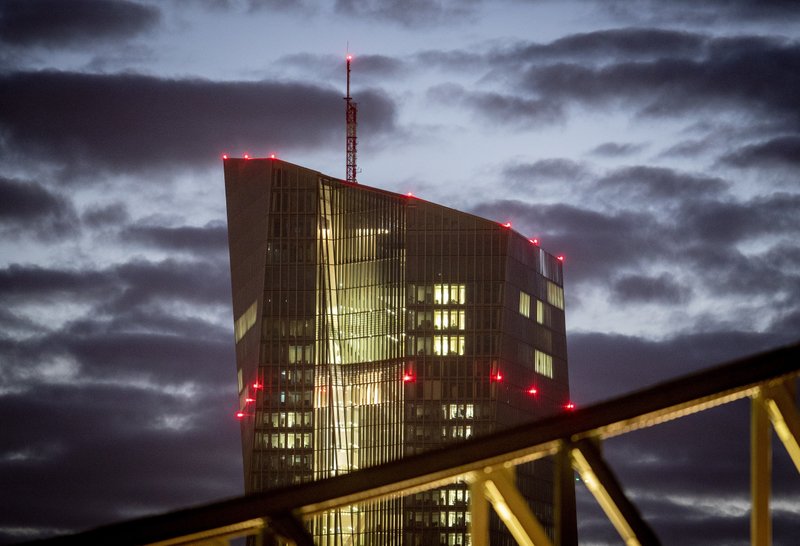 Top officials at the European Central Bank say economic growth remains weak though they see a few upbeat signs after the US and China moved toward lowering trade tensions.

Recent data point to “a stabilization in euro area growth,” according to an account of the Dec. 12 policy meeting released Thursday. It was the first policy meeting under new ECB head Christine Lagarde, who succeeded Mario Draghi on Nov. 1.

The ECB foresees modest growth of 1.1% for the eurozone this year. Service companies and construction activities have helped support growth while manufacturing of goods such as autos and industrial machinery remains in a recession.

Carsten Brzeski, chief economist at ING Germany, said the minutes reflected the subtle improvement in the outlook expressed by Lagarde at her first news conference the day of the meeting.

“In general, the ECB is sticking to its view of a moderate recovery later on, while the growth outlook remains muted in the near term,” Brzeski said.

Lagarde has left untouched stimulus efforts put in place under Draghi. Those include a 0.5% negative interest rate on some deposits left at the ECB by commercial banks, a penalty that aims to push the banks to lend and support business activity. The ECB is also buying 20 billion euros ($22 billion) per month in government and corporate bonds, a step that pumps newly printed money into the financial system.

Lagarde has instead focused on leading a detailed review of how the bank sets monetary policy.