European Commission proposes elimination of tariffs on industrial goods with US

BRUSSELS, Jan. 18 (Xinhua) -- The European Commission proposed on Friday the elimination of tariffs for industrial goods with the United States in future trade talks. The proposal will need approval from European Union (EU) member states. 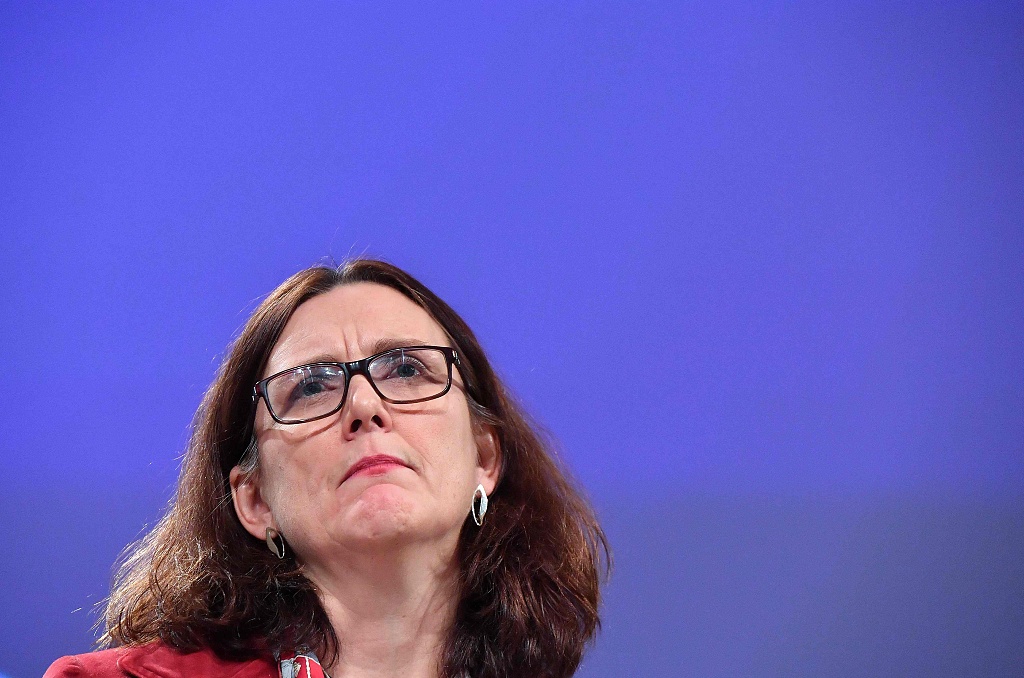 In general, both the EU and the US have low tariffs on industrial goods. The average tariff rates on non-agricultural products are 4.2 percent and 3.1 percent respectively, said the press release.

"While applied tariffs levels are relatively low, the sheer size of our trade relationship means that the elimination of all tariffs of industrial goods will have an important impact on businesses and consumers on both sides of the Atlantic," it said.

In addition, the European Commission also proposed a conformity assessment that would help remove non-tariff barriers, by making it easier for companies to prove their products meet technical requirements on both sides of the Atlantic.

The European Union and the United States have their respective practices of conformity assessment to ensure that manufacturers can only place a product on the market when it meets all the applicable requirements, which may include testing, inspection and certification.

Differences in approaches to conformity assessment can result in additional costs and lengthy and complex administrative processes without necessarily improving the safety of products, according to the European Commission, adding that the reduction in the costs of conformity assessment can bring significant economic benefits, in particular for small and medium-sized enterprises

The proposals were made by the European Commission, the EU's executive arm. EU member states must now give their green light to the proposals before EU-US negotiations can begin.

The proposals followed a joint EU-US statement in July 2018, in which the two sides agreed "to work together toward zero tariffs, zero non-tariff barriers, and zero subsidies on non-auto industrial goods."

"The Joint Statement was adopted under exceptional circumstances, in order to avoid an escalation of trade tensions between the EU and the United States," the European Commission said on Friday in an official document.