BUSINESS European companies expand business in China, not succumbed to US pressure

European companies expand business in China, not succumbed to US pressure 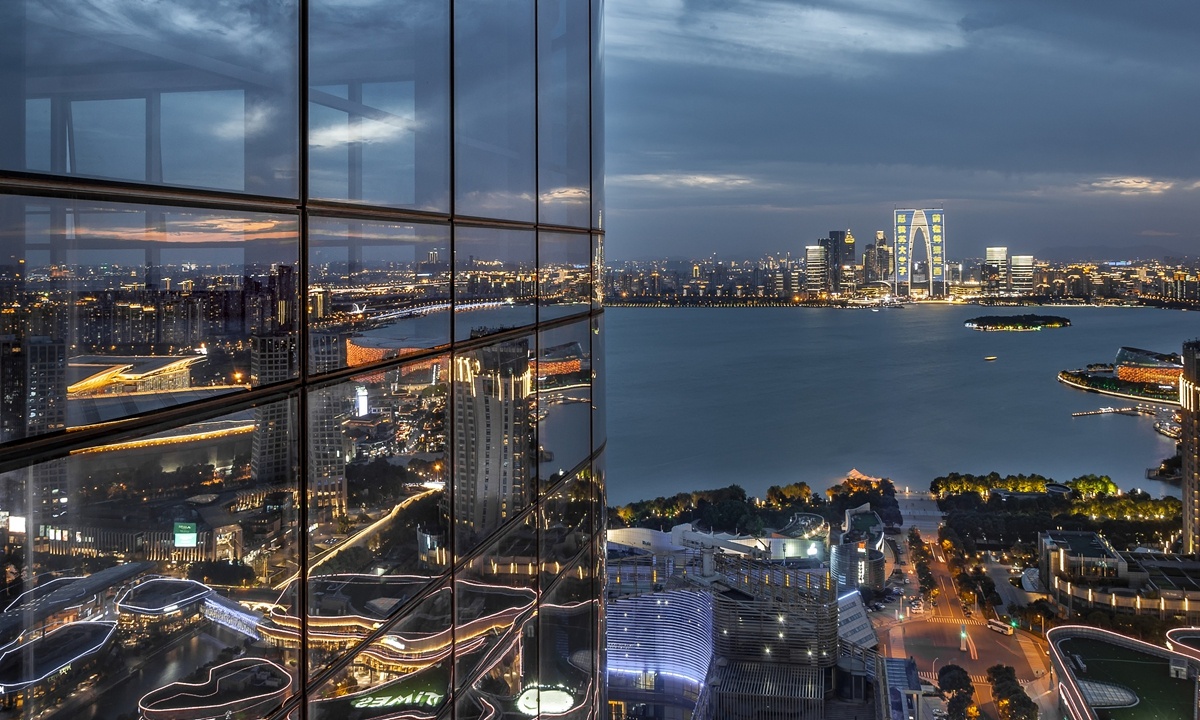 Many European companies in China that emphasize global collaboration are deciding to further tap into the Chinese market and expand their investment in China in spite of repeated US attempts to build an European alliance against China.

European company representatives said the US is containing China out of fears China may threaten its dominant position in the world, but that European businesses will not succumb to US pressure or play the US' political game.

Representatives of several German companies in Taicang, Suzhou, East China's Jiangsu Province - dubbed the Chinese town for German enterprises - told the Global Times they would not follow American companies to move their production out of the Chinese mainland, and instead would strengthen their business partnership with Chinese counterparts as they highly value China's huge market and promising economy.

Emin Guemues, division manager of Kern-Liebers Taicang company, the first German company established in Taicang in 1993, said what the US is doing in Europe is "stupid," as European companies, especially German companies will not listen to the Trump administration.

"As an automotive company, we value markets and China has a huge automobile market compared with the US and Europe. China produces around 25 million cars each year, while Europe only produces 5 million," he said.

The company supplies to global automotive, textile and consumer goods industries and it is building a new factory in Taicang as part of its long-term development strategy for the next 10 years.

He said Germany companies will not move out of Chinese market, as the huge Chinese market offers jobs amid economic downturn in Europe.  "People in Europe need jobs to support their family, and we see opportunities in China," he said.

He mentioned the motive behind the US political game is that it is worried that China's growing strength would threaten its position as the world's leading superpower. The US has constantly attacked China on issues like COVID-19, but the results of China's COVID-19 response in contrast with the US response has been clear for the world, he said.

In the future, more countries will get stronger, and a world with only one superpower will not work, Guemues said.

Although some German companies in Taicang had part of their business affected by the current deteriorating China-US relations, they said it's only temporary.

Matjaz Brezigar, managing director of Mahle Electric Drives in Taicang said some of the products that were produced in China but exported to the US have been subject to high tariffs, and they may consider sending these products back to Europe and exporting them to the US from there to avoid the high tariffs.

German companies prefer globalization and global collaboration in doing business, and will say "no" to trade protectionism, according to Zhang.

Jean-Marc Dugua, chief technical officer of Suzhou Hybiome Biomedical Engineering Company, a company focusing on automated immunoassay tests with its majority shares being held by a French company bioMérieux, told the Global Times the parent company will continue investment in Suzhou. Three weeks ago, the company decided to build a new bigger site near its current site.

He said he had confidence in China's economy. The company is now applying for registration in China for their new COVID-19 antibody test kits, and the test kits are expected to be exported to other Asian countries.

In the first quarter of this year, Suzhou utilized $4.23 billion of foreign investment, 163 percent higher than that in the same period last year.

According to a survey by the European Chamber in June, China remains in the top three investment destinations for more than 60 percent of respondents.

Joerg Wuttke, President of European Union Chamber of Commerce in China, told a press conference on August 4 that European companies remain fully confident in doing business in China and hope to be part of the story of China's development.