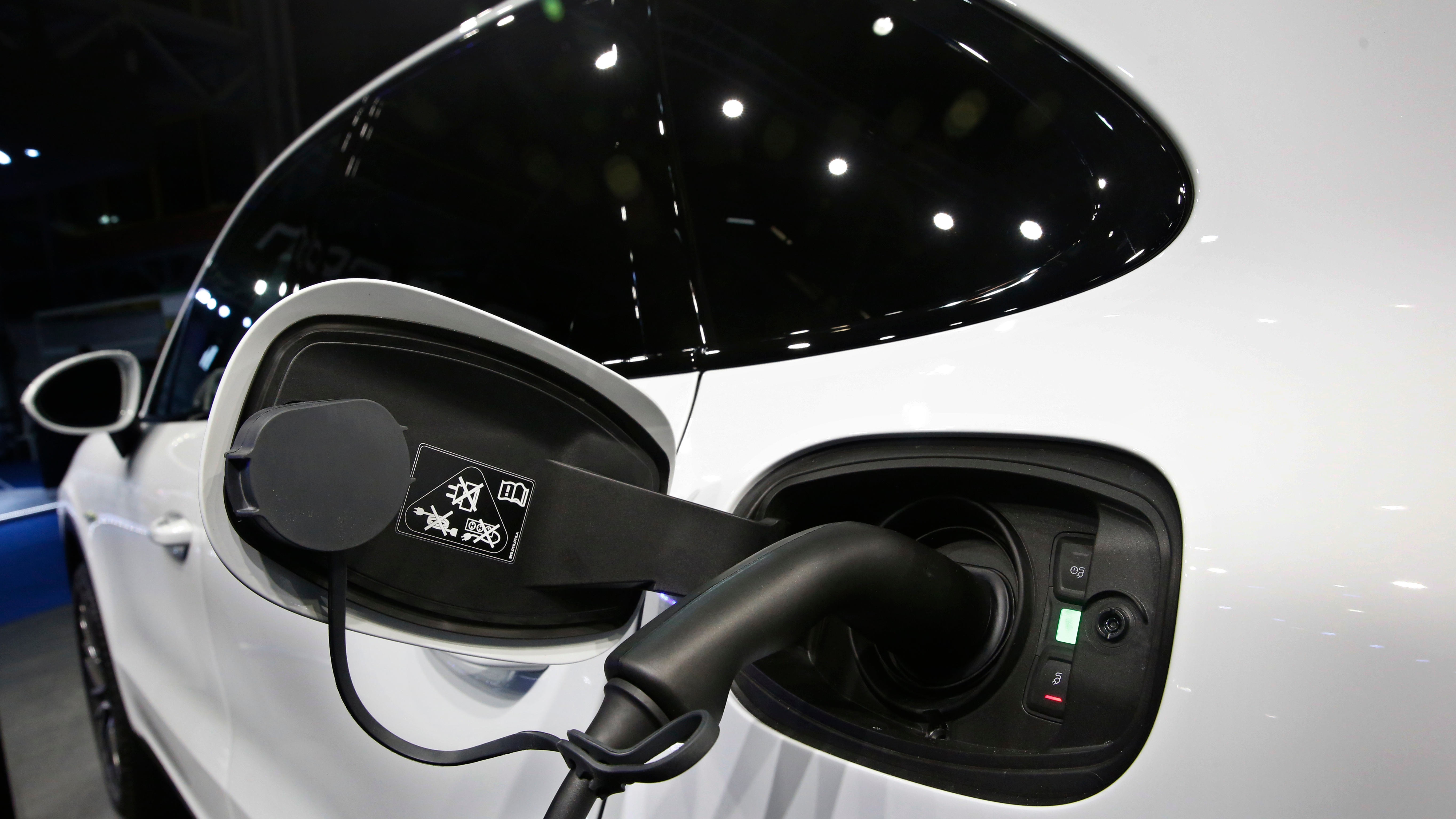 Sales of fully electric and hybrid cars in the EU grew rapidly in 2020, with the pandemic potentially helping sales through subsidies, according to the European Automobile Manufacturers Association (ACEA).

Despite the widespread lockdowns and detrimental effect they've had on European economies, 538,772 fully electric vehicles were sold across the 27-state bloc in 2020. That's a 117 percent increase on the previous year.

One reason for this is the government assistance implemented across Europe to stop the possible collapse of firms in high-risk areas, such as automobile manufacturing and airlines.

To aid recovery, governments gave subsidies to consumers buying "cleaner" cars. Its impact was seen as 2020 progressed, as the sales of "alternatively powered" vehicles rose from 24 percent to 34 percent of the market in the fourth quarter.

Tesla's Model 3 came in second with 86,000 sold, while Volkswagen's ID3 took third place with nearly 56,000, despite launching towards the end of the year.

Jato expects the ID3 to surpass both rivals this year as VW also rolls out an electric SUV, called the ID4, as well as an ID5 coupe. 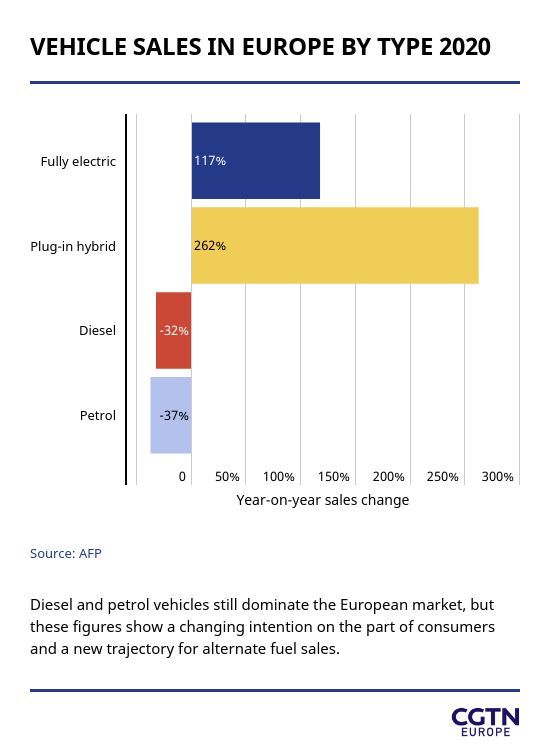 Although Electric Vehicle sales are growing quickly, they will not overtake petrol and diesel vehicle sales for some time despite the changing picture of the industry.

Diesel sales slumped 32 percent over the year to 2.8 million, while petrol-powered cars fared even worse, down 37 percent to 4.7 million.

But the ACEA said on Wednesday that it expected auto sales to rebound 10 percent this year as the pandemic is brought under control, with electric vehicles leading the way.