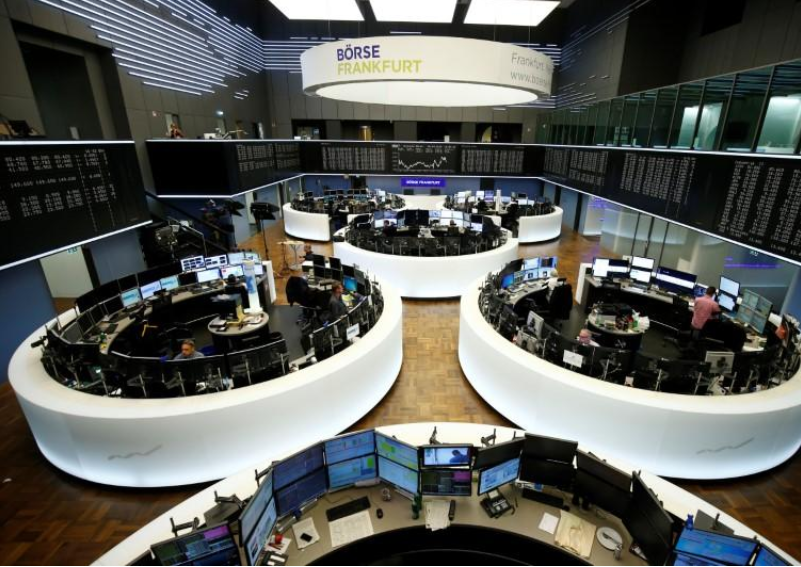 A weak euro, which typically gives an accounting boost to companies who sell products or services in dollars, also contributed to lift the pan-European STOXX 600 index 0.6 percent. London markets were closed for a public holiday.

Nestle rose 1.6 percent after it agreed to pay $7.15 billion for a global coffee alliance in which it gets the rights to market Starbucks products around the world outside the US coffee company’s shops.

“At first glance, the deal looks strategically key, also because Nestle is forging ahead in one of the most important growth categories,” said ZKB analysts in a note.

Air France tumbled to a one-year low after its CEO Jean-Marc Janaillac said on Friday he would resign after staff rejected a pay deal, plunging the airline into turmoil amid a wave of strikes that has cost it 300 million euros.

Traders said brokers were downgrading the stock while Bernstein analysts said that was the worst possible outcome for the airline carrier.

“This leaves the company with no CEO, no labor contract, an ongoing dispute, and likely emboldened unions which will be even less likely to concede on their demands now,” they said.

Over the weekend, the French government urged Air France managers and unions to resolve the stand-off.

In earnings news, shares in Ambu (AMBUb.CO) rose 17.8 percent to a record high after the Danish healthcare equipment maker raised its outlook.

Hannover RE (HNRGn.DE) rose 1 percent, hitting an all-time high during the session, after the insurance group raised its guidance for 2018 gross premiums