Europe's stock markets sank at the open on Monday, with Frankfurt and Paris falling far more sharply than London after a long holiday weekend. 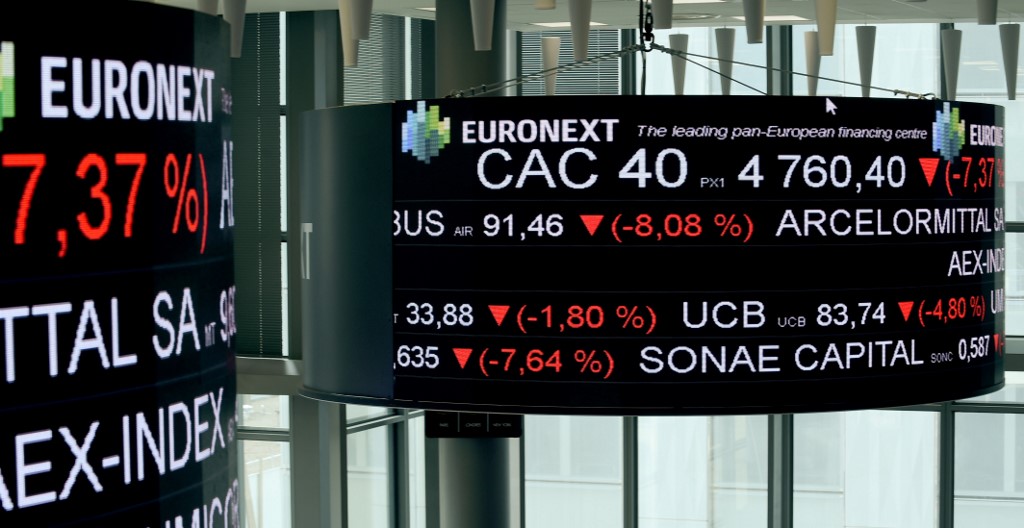 A screen displays the CAC 40 amongst stock tickers displayed at the headquarters of the Pan-European stock exchange Euronext, in La Defense district, near Paris, on March 9, 2020. (File photo: AFP)

Outside the eurozone, London's FTSE 100 index lost almost 0.6 percent to 5,730.60 points compared with the closing level on Friday.

"Risk sentiment is very fragile as we enter another critical week in terms of economic and corporate data. Tail risks are rising and Donald Trump's attacks on China are really not helping," Swissquote Bank analyst Ipek Ozkardeskaya told AFP.

"Equities in Europe opened sharply lower, as expected. Losses in the FTSE were less than the rest of the European continent, but the investor mood points at further losses throughout the session," she added.