BUSINESS Eurozone economies shrink 40 pct in Q2, but "snapback" may be in works

Eurozone economies shrink 40 pct in Q2, but "snapback" may be in works 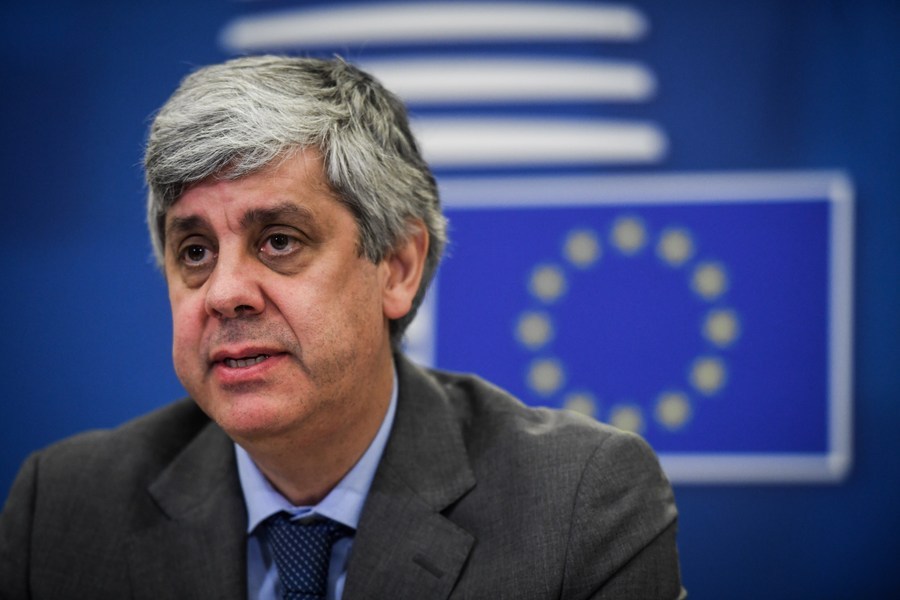 "There are reasons to believe (Europe) is having a much bigger snapback than we would have expected," said Holger Schmieding, chief economist with Germany's Berenberg Bank, adding that European countries "may be getting ahead of the United States" in terms of economic recovery.

Still, a stronger euro is likely to act as a drag on near-term European growth prospects, since it makes European exports more expensive in relative terms.

ROME/BRUSSELS, Aug. 1 (Xinhua) -- Europe formally and dramatically entered into recession Friday, with the latest data released by the European Union showing that the 19-member eurozone saw their economies contract by 40.3 percent in the second quarter (Q2) of 2020, compared with the same period a year ago.

The main culprit, according to economists, was the stringent coronavirus lockdowns put into place across the continent starting in March, halting most non-essential industrial production, bruising business and consumer confidence, slowing tourism to a trickle and severely dampening global trade.

On a quarter-by-quarter basis, the eurozone economies contracted by 12.1 percent in Q2 2020, following a 3.8-percent drop in Q1 this year.

By either measurement, it means the countries entered into a collective recession, which is defined by two consecutive quarters of negative economic growth.

"The latest figures are even more dreadful than we expected," Carsten Brzeski, chief German economist with Netherlands-based investment bank ING, told Xinhua. "These are preliminary estimates and we could see some small upward adjustments in the next few weeks. But the headline won't change: this is a clear snapshot showing how much the eurozone countries have been battered in recent months."

According to Holger Schmieding, chief economist with Germany's Berenberg Bank, the news for the second half of the year could be more positive, though it will not be enough to compensate for the blow European economies took in the first half of the year.

"There are reasons to believe (Europe) is having a much bigger snapback than we would have expected," Schmieding said in an interview. He said that despite the weak state of their economies, European countries, in terms of economic recovery, "may be getting ahead of the United States," where the coronavirus is still spreading. In Europe, infection rates are still well below their peaks, even if they have risen slightly in some countries over the past two weeks.

"What we are seeing now is more of a weakening of the dollar than we are a strengthening of the euro," ING's Brzeski said.

Still, a stronger euro is likely to act as a drag on near-term European growth prospects, since it makes European exports more expensive in relative terms.

Lorenzo Codogno, the founder and chief economist of LC Macro Advisors and a visiting professor at the London School of Economics, told Xinhua that European economies should be able to bounce back in the coming months despite the unexpectedly strong currency.

"The overall outlook is what counts most and at least for the next few months that probably favors Europe," Codogno said. "Industrial output should pick up and even the difference in interest rates has all but disappeared. European economies have suffered unprecedented setbacks, but as long as the (coronavirus pandemic) remains under control, the worst should be in the past."