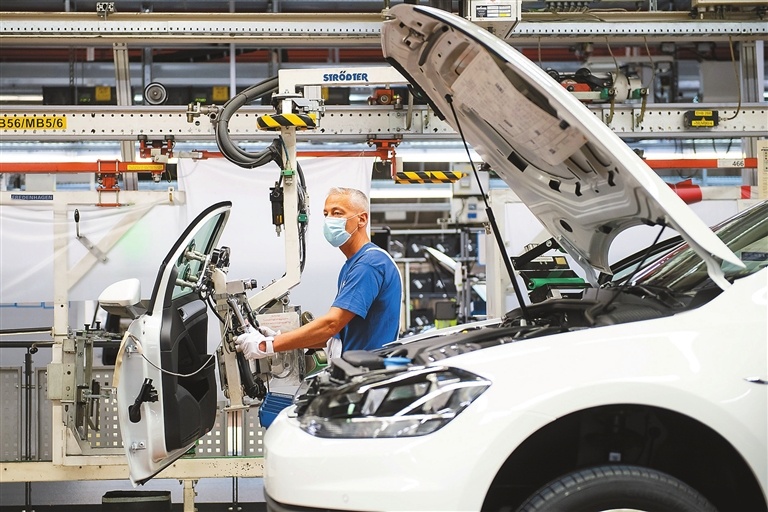 Manufacturing growth in the eurozone boomed in October but the recovery from severely depressed activity at the height of the coronavirus pandemic was again mostly driven by a buoyant Germany, a survey showed.

Also likely of concern to policymakers, and highlighting a further divergence in the recovery, a flash reading of the overall survey showed activity in the bloc’s dominant service industry contracted last month as a second wave of the virus swept across Europe.

Still, IHS Markit’s final Manufacturing Purchasing Managers’ Index climbed to 54.8 in October from September’s 53.7, its highest reading since July 2018 and ahead of the 54.4 flash estimate. Anything above 50 indicates growth.

“Germany has done spectacularly well over recent months but as the lockdowns begins to impact not only on Germany but its main export market it will take the edge off the recovery,” said Peter Dixon at Commerzbank.

“The fourth quarter for the eurozone as a whole is going to look pretty grim, we are still working through our numbers but it won’t be good.”

German factories saw record growth in new orders in October but it has recently imposed controls almost as strict as the lockdowns of the first phase of the crisis suggesting at least some of that manufacturing activity might be curtailed.

In Britain, outside the currency union and due to go under its own second lockdown from Thursday, factories lost more momentum, especially among consumer goods makers.