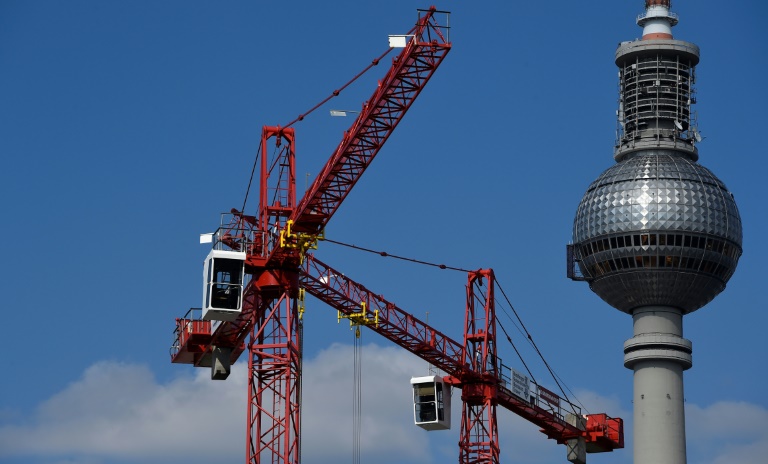 Growth in the eurozone slowed sharply to 1.8 percent in 2018, data showed, as a recovery ran out of steam on worries over the US-China trade war and Brexit. (Photo: AFP)

Growth in the eurozone slowed sharply to 1.8 percent in 2018, data showed Thursday, as a recovery ran out of steam on worries over the US-China trade war and Brexit.

The economy expanded by a comparatively booming 2.4 percent in 2017.

The dampened outlook is a huge disappointment to policy-makers as growth in the eurozone had until recently been regarded as one of the strongest engines of the global economy.

This came as economic growth in the eurozone hit a weak 0.2 percent in the October to December period, the same as the previous quarter, the Eurostat agency said.

The sluggish end of year for the eurozone comes a little surprise after the IMF and European Central Bank already warned last week of dark clouds over the economy in Europe.

Feeding into fears is that the slowdown is in part coming from Germany, the pillar of the European economy.

That was not the case duing the debt crisis, when Greece, Spain, Portugal and Italy were the laggards of the eurozone.

Only the Italian economy still an active concern, as clashes between the populist-led government in Rome and Brussels has seen Italy tip into recession.

The International Monetary Fund lowered its growth forecast for the eurozone in 2019 to 1.6 percent, compared to 1.9 percent previously.

Eurostat also said that, in December, the unemployment rate in the 19 countries that use the single currency remained stable at 7.9 percent, the same a November.