Inflation in the eurozone rose to above the target level of the European Central Bank in September, data showed on Friday, heaping further pressure on the ECB to scale back its crisis-era stimulus. 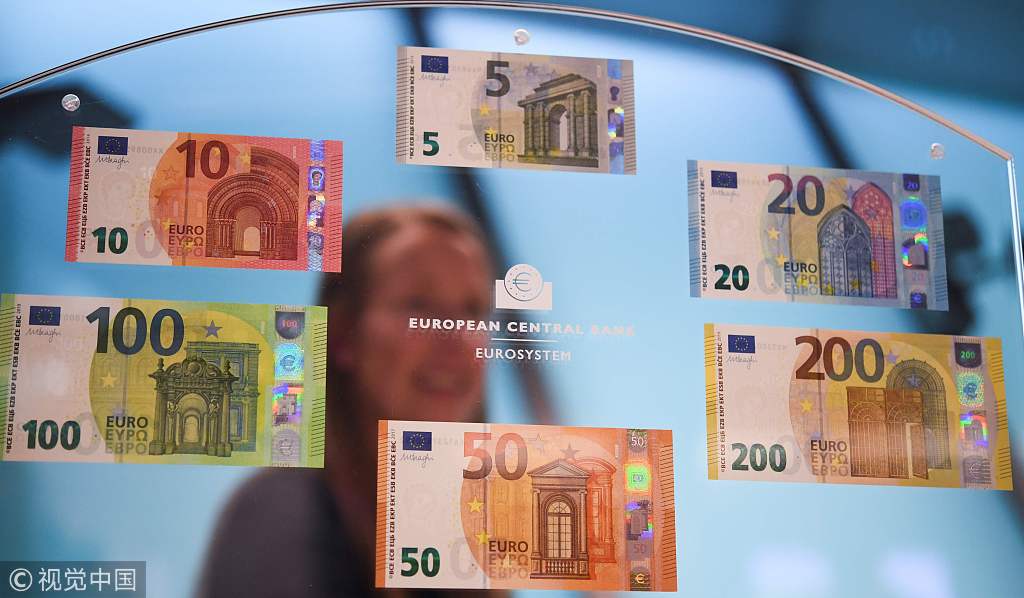 Eurostat said consumer prices in the 19-country single currency bloc edged higher to 2.1 percent last month, just above the ECB's target of near or lower than two percent.

However, closely watched core inflation -- which strips out energy, food, alcohol and tobacco -- fell to 0.9 percent in September, from 1.0 percent in the previous month.

The ECB is firmly under pressure to end its stimulus programme that is blamed for imposing a long period of low interest rates that has punished savers and failed to boost growth to desired levels.

Introduced in 2015, the mass bond-buying scheme currently sees the bank buy 30 billion euros ($35.1 billion) of government and corporate bonds per month, aiming to pump cash through the financial system to stoke lending, economic growth and inflation.

Earlier this month, policymakers confirmed their plan to slash monthly purchases by half from October, before winding up the programme in December.

Meanwhile the ECB plans to keep interest rates at their historic lows at least until the second half of 2019.