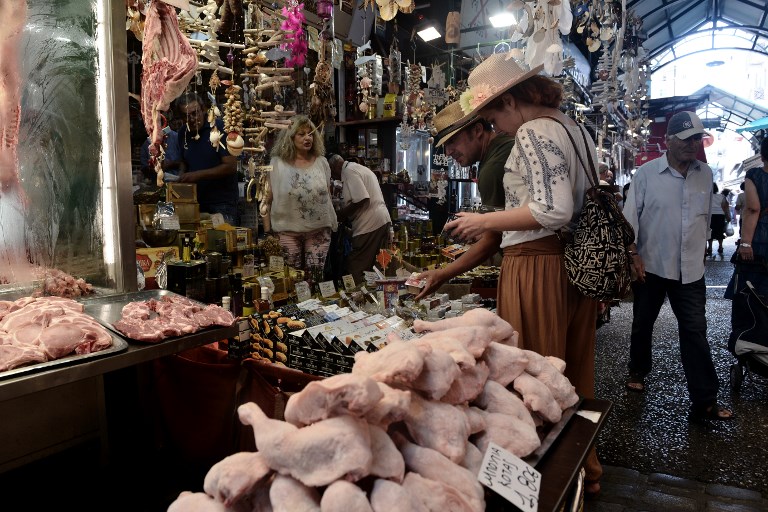 Tourists buy souvenirs from a gift shop in the central market in Thessaloniki, on August 20, 2018. (Photo: AFP)

Lower oil prices helped limit increases in the price consumers pay for energy of all kinds to an average of 5.5 percent, down from a 9.1 percent in November.

Overall inflation in the 19-member zone was 1.9 percent in November, and analysts polled by Factset had expected only a slight dip to 1.8 percent last month.

The European Central Bank orients monetary policy towards nudging inflation to just below but close to 2.0 percent, and the latest reading leaves the ECB "in an awkward spot with regards to their first rate hike," ING economist Bert Colijn noted.

Core eurozone inflation, which strips out volatile items including energy, food, alcohol and tobacco, was stable in December at 1.0 percent, the Eurostat data showed.

The ECB has maintained its reference interest rate close to zero for several years now, and analysts await signs as to whether it might begin to raise the cost of borrowing later this year.

"But with inflation moving away from the target and an economy that is slowing, the question is whether the ECB will see a chance to hike at all," Colijn said.

The central bank "is set for a year of uncertainty," he concluded.