Eurozone jobless rate hits 11-year low of 7.5% in May: Eurostat

The unemployment rate in the eurozone dropped to 7.5 percent in May, its lowest level since July 2008, data showed Monday, despite mounting concerns that global trade wars could cool already tepid economic growth. 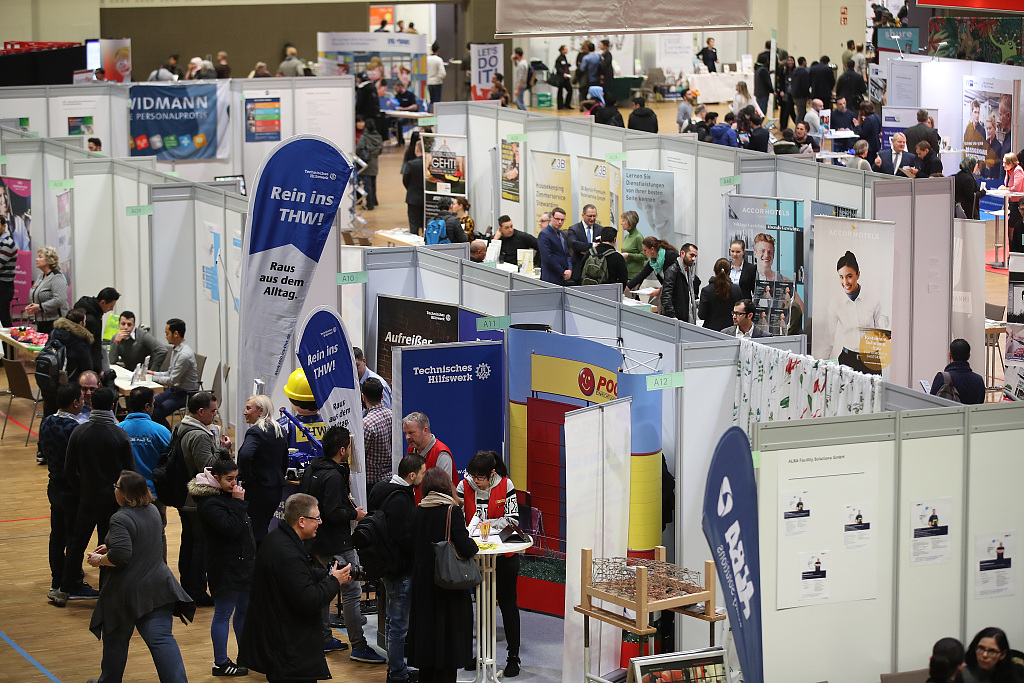 Job seekers crowd the annual jobs fair for refugees and migrants at the Estrel Hotel on February 20, 2018 in Berlin, Germany. (Photo: VCG)

The figure is better than the consensus forecast of analysts calculated by data firm Factset, which was for the jobless rate to stay steady at 7.6 percent.

Meanwhile the unemployment rate in the 28-member EU, also dipped a tenth of a percentage point to 6.3 percent, the lowest level since data series began in 2000.

In the 19 countries that share the euro, the jobless rate has now returned to the level when the global economic crisis unfolded in 2007-2008.

During the crisis unemployment hit a peak of 12.1 percent in April through May 2013.

Since falling back into single digits in September 2016 the jobless rate in the eurozone as steadily moved lower.

Eurostat said the lowest unemployment rate in the eurozone in May was the Czech Republic at 2.2 percent. Greece, where the latest figure dates from March, topped the list at 18.1 percent.