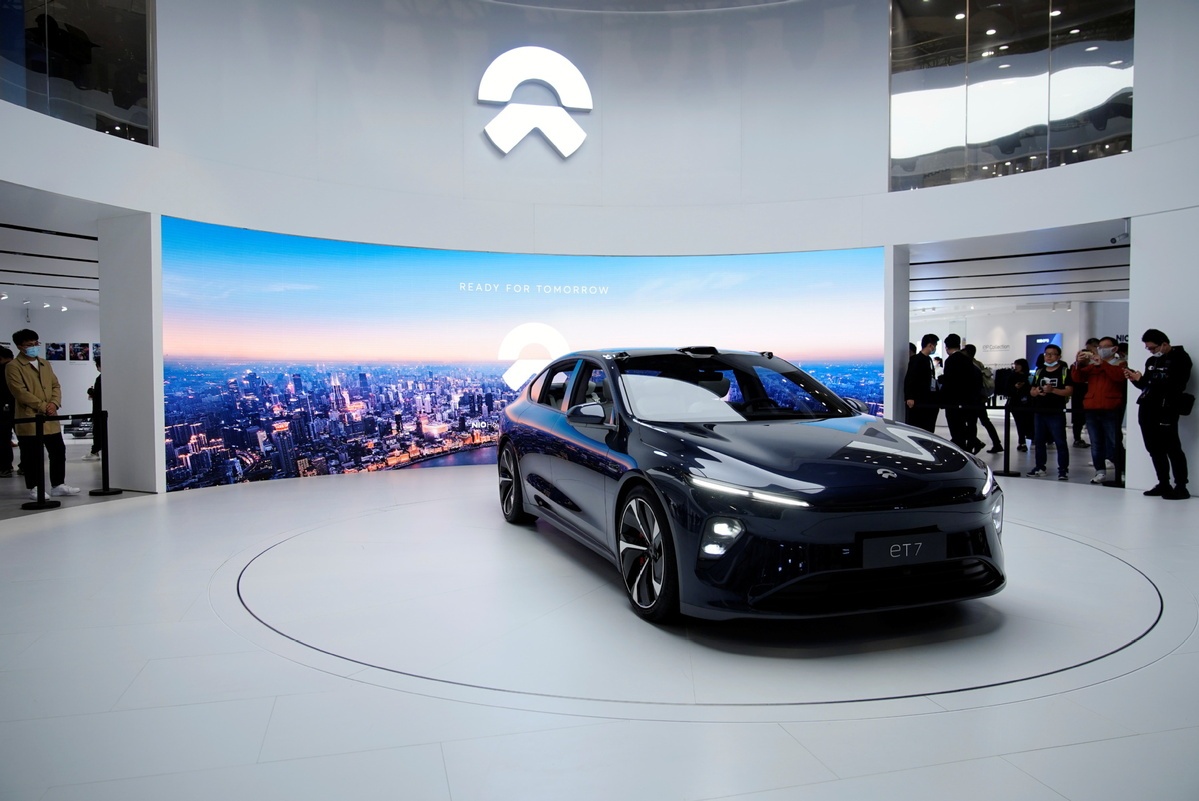 A Nio ET7 electric vehicle is seen during a media day for the Auto Shanghai show in Shanghai on April 19, 2021. (Photo: Agencies)

China's premium electric car startup Nio is poised to enter the volume vehicle segment with a new marque as new energy vehicles see their popularity rise in the country.

Nio founder and CEO William Li said on Thursday the company is stepping up preparations to make mass-market products under another brand and a core team has been established.

"The relationship between Nio and our new mass-market brand will be like that of Audi and Volkswagen as well as Lexus and Toyota," Li said.

The Shanghai-headquartered electric car startup's Nio-branded vehicles compete with those from premium brands including Audi, BMW and Mercedes.

"We want to provide better product and service at prices lower than Tesla Inc's," said Li. But he said the company will not produce mini-sized electric cars such as the popular Wuling Hongguang ones.

Li did not give a detailed schedule about the new marque's launch.

In the first seven months of the year, one in every 10 vehicles sold in China from January to July this year was an electric car or a plug-in hybrid, according to the China Association of Automobile Manufacturers.

Nio is also offering more affordable models in its namesake marque. Li said the company will launch three models in 2022, and one of them will have the lowest price of all Nio-branded models.

Nio is one of the best-selling premium electric carmakers in China. It delivered 21,896 vehicles in the second quarter this year, up over 111.9 percent from the same period last year.

Nio is stepping up efforts in research and development. Li said the company R&D budget is 5 billion yuan this year. Its autonomous driving team has over 500 engineers and the number will reach 800 by the end of this year.