BUSINESS Even with IRS staffers returning, tax refunds may be delayed

Even with IRS staffers returning, tax refunds may be delayed 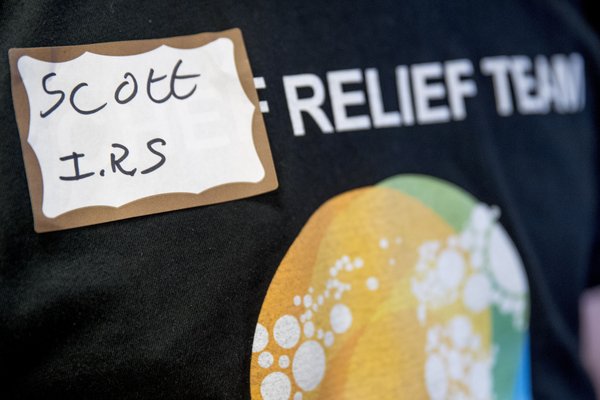 The IRS’ workforce will return to full strength under the short-term deal to reopen the government struck Friday by President Donald Trump and congressional leaders. But the disruption from the partial shutdown and the recent absence of a large contingent of recalled IRS employees mean the possibility of delayed tax refunds.

The official start of the tax filing season is Monday, and the Trump administration has said taxpayers who are owed refunds would receive them on time despite the shutdown. The administration made money available to pay hundreds of billions in refunds and ordered nearly 60 percent of the Internal Revenue Service workforce back to work without pay.

But fewer than half of 26,000 furloughed IRS employees who were recalled to work during the shutdown to handle tax returns and taxpayers’ questions had returned to their jobs as of Tuesday, according to congressional and government aides. Of the roughly 14,000 recalled employees who hadn’t reported to work, IRS officials told House staffers Thursday, around 5,000 sought permission under their union contract to be absent because of financial hardship. The remaining 9,000 couldn’t be reached by IRS managers.

In addition to the 35-day shutdown, the complexities of a new tax law have burdened an IRS that has been starved for funding for years. Getting refunds out in time could be a heavy lift.

“Just because you reopen the government, doesn’t mean that on Day 1 everything is normal,” said Jorge Castro, a former counselor to the IRS commissioner and senior counsel to the Senate Commerce Committee who is now at the law firm Miller & Chevalier. “There’s still a backlog. The IRS has not been at full capacity in its operations for over a month.”

About three-quarters of US taxpayers receive annual refunds. Lower-income households, in particular, depend on refunds as their biggest cash infusion of the year.

Beyond refunds, no audits of tax returns were being done during the shutdown because IRS auditors were furloughed. That’s a double-edged problem: A lack of inspections could invite cheating, and the money normally captured by audits isn’t flowing to the national coffers.

“The decline in audits has been an ongoing problem at the IRS for many years,” says Howard Gleckman, senior fellow at the Urban Institute. “Reducing them even further will only encourage more people to game the tax system — and that’s bad for all of us who do pay the taxes we owe.”

The administration had planned to eventually send about 46,000 furloughed IRS employees back to work during the shutdown — nearly 60 percent of the IRS workforce. The recalled employees who hadn’t reported for work include staffers in IRS processing centers in Ogden, Utah; Kansas City, Missouri; Fresno, California; and Austin, Texas, according to union officials.

The IRS employees’ union contract allows them to be absent from work if they experience hardship during a shutdown, and they don’t have to use sick days to do so. Managers must approve hardship exceptions, though.

Union officials say they don’t support employees staying away “as a form of protest” but do support workers claiming the exception for true financial hardship.

If the shutdown weren’t enough to contend with, taxpayers and the IRS have to grapple with the most sweeping overhaul of the U.S. tax code in three decades. Enacted by Republicans in December 2017, the changes provided for $1.5 trillion in tax cuts. The package was signed into law by Trump as his signature legislative achievement. It took effect Jan. 1, 2018.

The difficulties for the IRS come as the agency is hobbled by what is widely viewed as a skimpy budget. Republicans controlling the congressional purse strings for years accused the IRS of having a liberal bias and of unfairly targeting conservative tax-exempt groups.

Last year, with the new tax law looming, Congress was more willing to open its wallet for the IRS and blunted the Trump administration’s proposed cuts. But it ended up cutting in other areas. The result is that the agency’s budget is about the same — $11.4 billion — as in recent years.