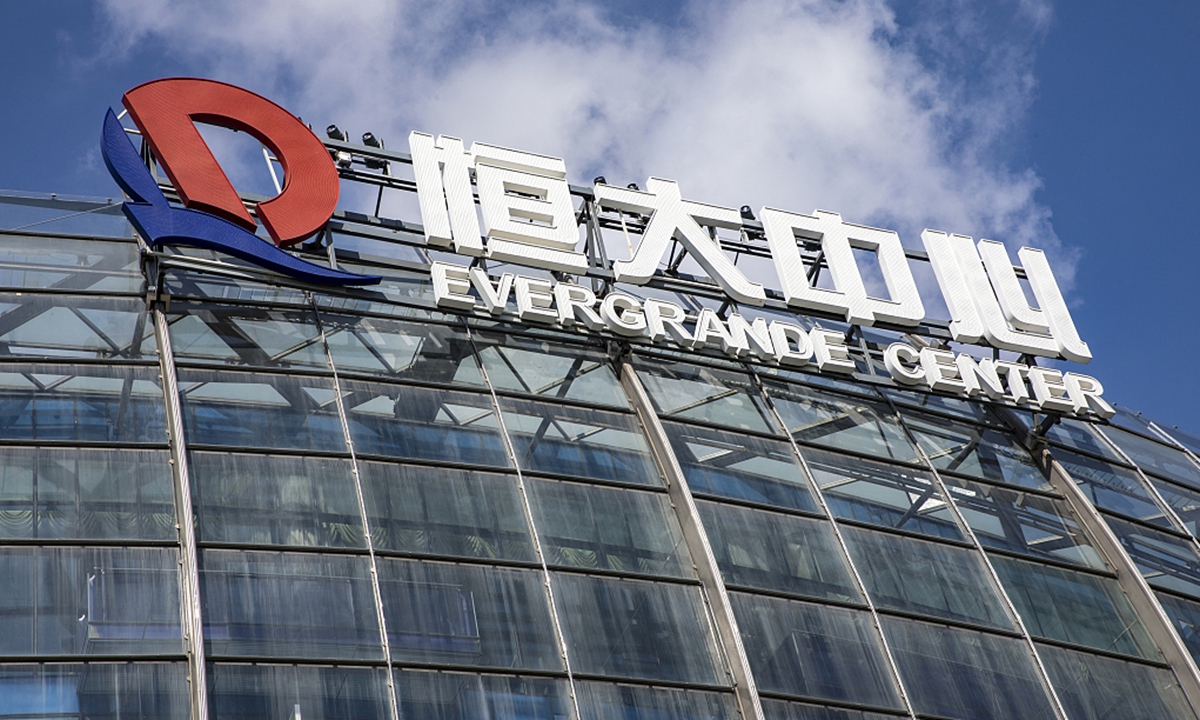 Evergrande has readied funds for a last-minute dollar bond interest payment, media reports said on Friday, fending the debt-laden Chinese property giant off a default on its offshore bond.

Evergrande sent a remittance for an interest payment of $83.5 million that was due on September 23 to the trustee, US bank Citi, on Thursday, ahead of a 30-day grace period ending Saturday, according to media reports.

The fund will reportedly be paid to the bond holders prior to the expiration of the grace period.

Property shares in both the Chinese mainland and Hong Kong markets also registered growth across the board.

The latest development sent a strong signal that Evergrande has moved pass the most stressful period of its debt crisis as it became capable of dealing with the dollar bond interest payment, Yan Yuejin, research director at Shanghai-based E-house China R&D Institute, told the Global Times on Friday.

The payment originally due on September 23 is purported to be part of the payments Evergrande has missed at least $279 million since September.

Prior to reports about the fund readiness for a dollar bond default in the offing, there were widespread fears that offshore investors might be most vulnerable in the event of liquidation.

Evergrande resorts to an offshore vehicle known as keep-well deeds for its offshore bond offerings, effectively circumventing a regulatory requirement for registration and approval with the country's foreign exchange regulator before the issuance of offshore debt, media said.

Such a structure, indicative of legal hurdles to overcome on the part of offshore holders, mostly foreign investors, stokes concerns that offshore holders might be last in line behind domestic investors and households as measured by order of payment.

The key interest payment in time for the Saturday deadline is seen as essentially a sign that the positive mood simmering domestically tends to extend overseas.

Evergrande Group revealed last week that its property business was scheduled for an interest payment on Tuesday on its corporate bonds from October 19, 2020, to October 18, 2021. The payment was made on its 2.1 billion yuan ($328.28 million) onshore bond with a coupon rate of 5.80 percent.

"The Evergrande risk has been exaggerated to a certain extent," Yan remarked, considering its debt woes as essentially different from the Lehman Brothers bankruptcy.

Market confidence would remain on a positive path so long as the property firm doesn't fail to deliver on housing projects that have been purchased, he estimated.

Evergrande is about $300 billion in debt, with one-third of it under financial liabilities. This, adding to diverse creditors and collateral offers for its debts, suggests the spillover of the Evergrande incident on the financial sector is under control, Yi Gang, governor of the country's central bank, said on Sunday at a virtual seminar of the Group of 30.

Yi noted that the legitimate rights and interests of creditors and property owners, particularly homebuyers, will be fully respected and protected strictly in line with the legally prescribed order of repayment.