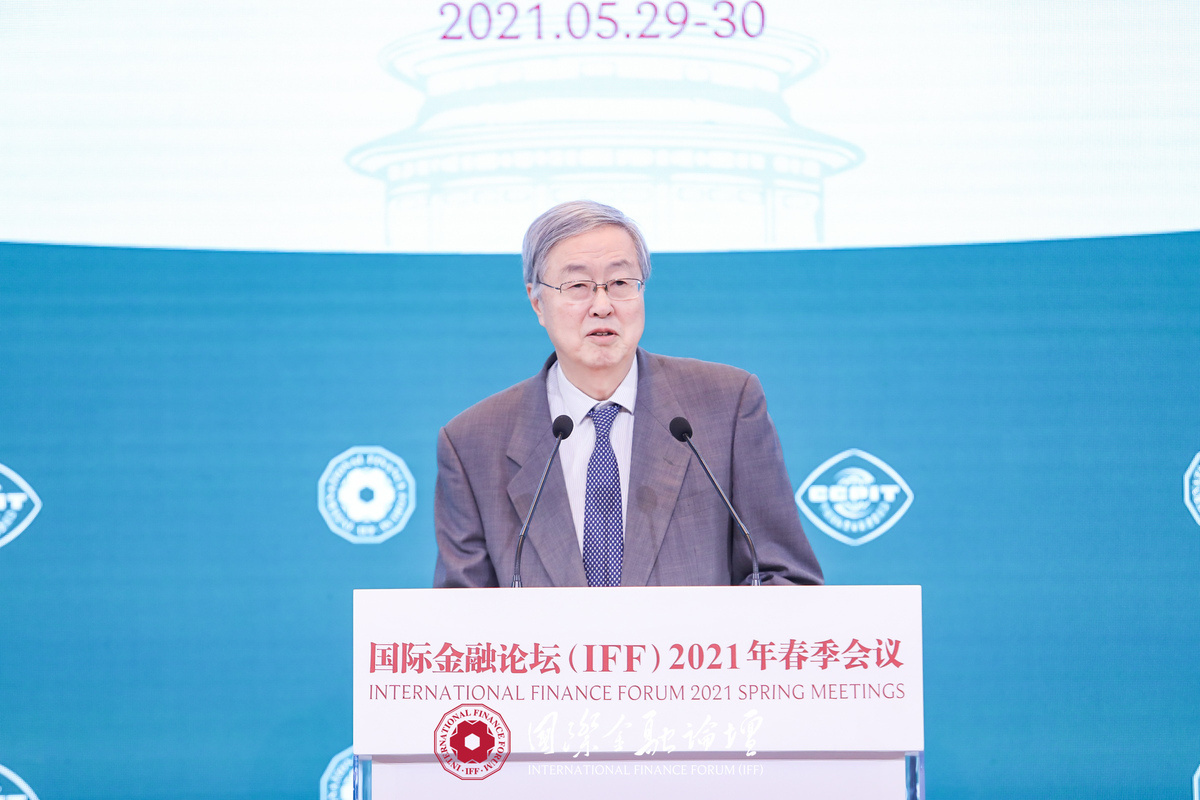 Zhou Xiaochuan, former governor of People's Bank of China, addresses the Spring Meetings of International Finance Forum in Beijing, on May 29, 2021.(Photo: agencies)

Strengthening the global and regional financial safety net can provide more stable financial supports for developing countries, especially the vulnerable ones hit by the COVID-19 pandemic, said Zhou Xiaochuan, former governor of People's Bank of China, at the Spring Meetings of International Finance Forum in Beijing.

Hurt by the pandemic, some developing countries are facing increased debt risks. China has fully implemented the initiative proposed by G20 members to suspend debt in the poorest countries, or the G20 Debt Service Suspension Initiative, offering more than $1.3 billion in debt relief -- the largest amount in G20 countries, according to Zhou, who delivered a speech at the forum.

Zhou, who is also chairman of IFF General Assembly, said that the International Monetary Fund could further study and endow its Special Drawing Rights with more functions of an international reserve currency, so that member countries can use SDRs more flexibly to meet the needs of liquidity and common expenditure.

Trade is the main driving force of global economic growth, said Zhou, who called to promote trade and investment liberalization and facilitation, deepen regional economic integration, and maintain the safe and smooth operation of global industrial chains and supply chains.

Multilateral free trade agreements, such as the Regional Comprehensive Economic Partnership agreement, will help promote the liberalization and facilitation of global trade and investment, as well as facilitate the recovery of global trade and reshape trade rules, according to the former central bank governor.

"We hope to see countries that have signed the RCEP agreement accelerate the domestic examination and approval procedures, and push forward the free trade agreement negotiations among China, Japan and South Korea," said Zhou.