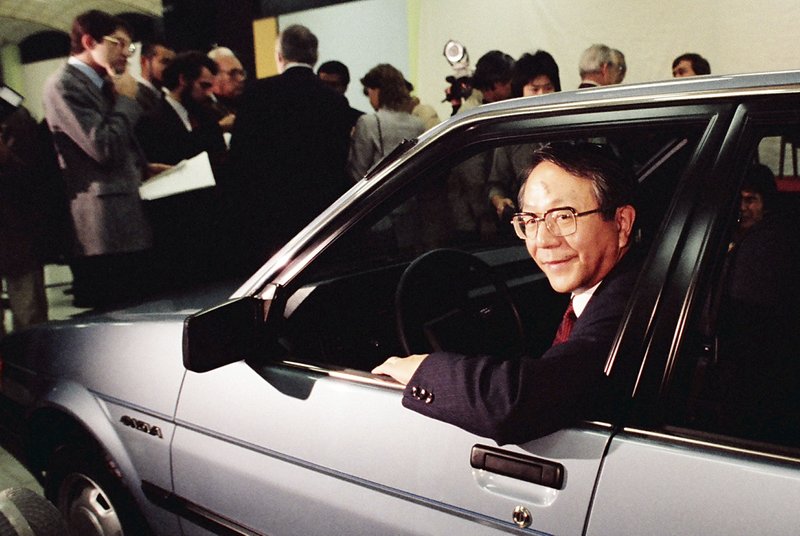 Tatsuro Toyoda, the former Toyota Motor Corp. president who led the company’s climb to become one of the world’s top automakers, has died. He was 88.

Toyoda, a son of the company’s founder, died Dec. 30 of pneumonia, the Japanese automaker said Saturday.

Toyoda, the automaker’s seventh president, stepped down from the position in 1995, while continuing in other posts, such as adviser, a title he held until his death.

He was instrumental in setting up the California joint venture with US rival General Motors called NUMMI, or New United Motor Manufacturing Inc., which began production in 1984. At that time, it was heralded as a pioneer in international collaborations in the industry.

With a career focused on international operations, Toyoda served as NUMMI’s first president, and is known for his efforts to bring together Toyota’s corporate culture of super-efficiency, teamwork and empowering workers with American culture, including introducing a new style of labor-management relations.

But Akio defied skeptics to become president in 2009, underlining the family’s legacy for the automaker. The rural house that marks the automaker’s humble beginnings serves as a monument today. Toyota employees still repeat the sayings handed down by the family leaders about hard work and a hands-on approach.

The company name is spelled and pronounced with a “T,” instead of the “D″ as in the family name, because it was considered to bring luck, according to fortune-telling.

Born in 1929, Tatsuro Toyoda was a graduate of the prestigious University of Tokyo, earning a degree in mechanical engineering.

In 1953, he joined Toyota, which now makes the Prius hybrid, Camry sedan and Lexus luxury models, and rivals Volkswagen AG, General Motors and the Renault-Nissan alliance as a top automaker in annual global vehicle sales.

Toyoda earned an MBA in 1958 from New York University, where he studied under quality-control expert W. Edwards Deming, an American credited with influencing Japanese manufacturing and helping develop its reputation for quality.

A memorial service with family members was held for Toyoda, but a bigger farewell is being planned, according to the automaker.

He is survived by his wife, Ayako Toyoda, but details on other family members were not immediately available.